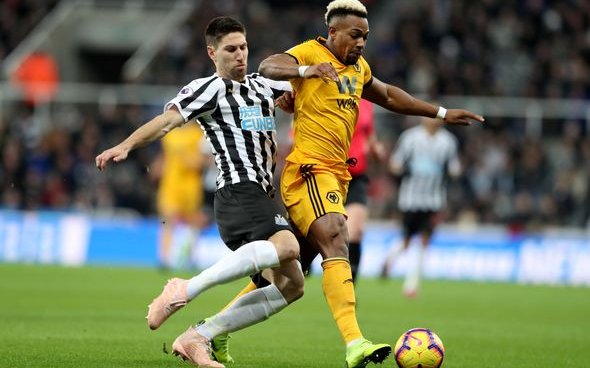 Erik Lamela has told Newcastle United defender Federico Fernandez that he can relax this weekend and Tottenham get ready to welcome Steve Bruce’s side to North London on Sunday.

Fernandez, 30, is yet to feature for the Magpies this season but seems to be fit and raring to go judging by a post on his personal Instagram account which shows him challenging for the ball against Joelinton in training.

Tottenham attacker Lamela was among those to reply to Fernandez’s post, with the Argentina international suggesting that the Magpies centre-back should take things easy on Sunday. 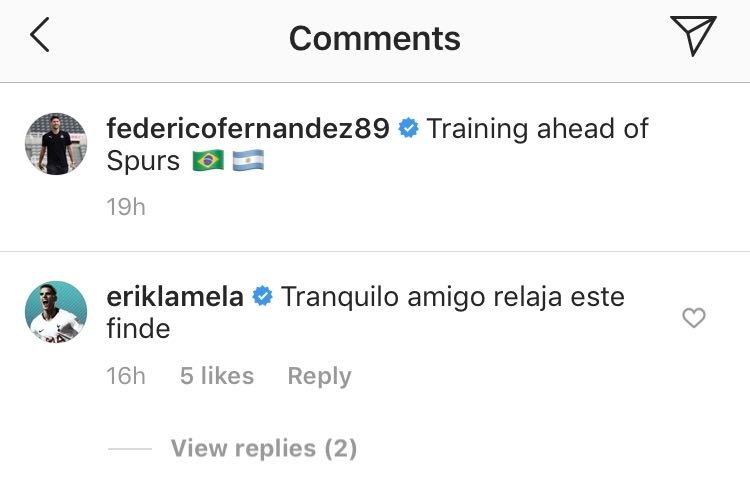 Fernandez does not appear likely to play against Tottenham this weekend with Bruce seemingly settled on a defensive back-three of Paul Dummett, Jamaal Lascelles and Fabian Schar, so Lamela probably won’t be going up against his Argentine friend when Newcastle travel to the capital this weekend. Lamela has done well in his first two appearances of the season for Tottenham. He scored a goal and supplied an assist in the 2-2 draw at Manchester City last week and according to stats by WhoScored, has averaged 2.5 shots at goal and 1.5 key passes in the win against Villa and the clash with the reigning Premier League champions. Newcastle’s start to the season has been almost the polar opposite to Tottenham’s and their defence has leaked four goals in two matches. Fans are not happy and things could get even worse weekend if Lamela and his attacking team-mates are on top of their game.