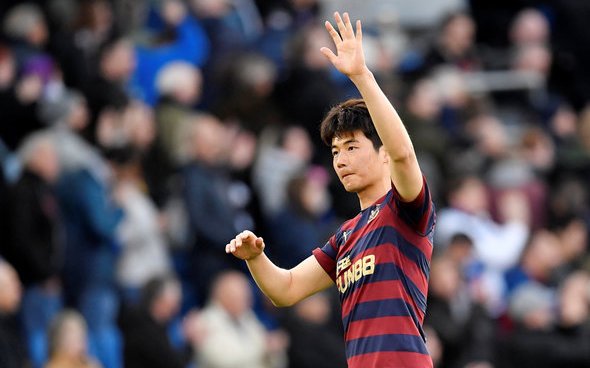 Ki Sung-yueng is unlikely to earn a new contract at Newcastle United with his current deal set to expire at the end of this season, according to The Athletic journalist Chris Waugh.

The former Chronicle reporter claimed via a live Q&A session on The Athletic’s website on Thursday afternoon that the 30-year-old is expected to play a role at some point this season for Newcastle, but there is no chance of him getting a new long-term deal.

“Ki’s contract expires at the end of the season and, at 30, he is not certain to be offered another one; certainly not a long-term deal,” said Waugh.

“I do expect Ki to play this season, particularly if Bruce continues to field three midfielders, but he is certainly not among the head coach’s first-choice options at the moment.”

Ki made 19 appearances in all competitions last season for the Magpies but wasn’t included at all in Steve Bruce’s matchday squad for the clash with Arsenal last week, despite being fit and available.

Newcastle did quite well to sign Ki on a free transfer last year following his release from Swansea but he has not been used that much by the Tyneside club since joining them. His campaign was disrupted last season by the Asian Cup in the winter and an injury but he did start a fair few games once Sean Longstaff picked up an injury of his own. It was odd that Bruce didn’t name Ki on the bench on Sunday. Jonjo Shelvey picked up a knock and Longstaff wasn’t playing that well so when Bruce took them off, he was forced into putting Matt Ritchie into the centre of the midfield. It would be a surprise if Ki missed out again this weekend when Newcastle travel to Norwich, but the midfielder must be quite upset that he is nowhere near Bruce’s plans at the moment. If a new contract was offered to the South Korean, would he even accept it?