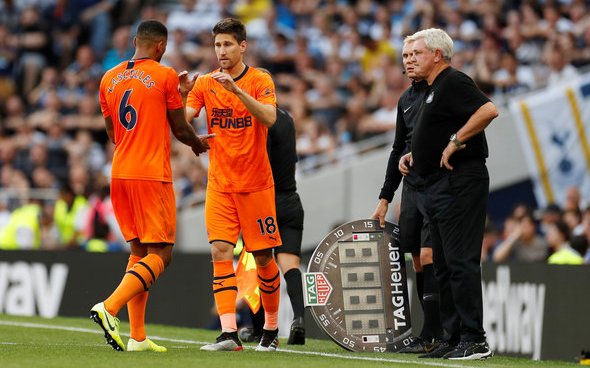 Once you get lost in a funk, stuck way down the head coach’s pecking order, it can be difficult to arrest that slide and come out the other side smelling of roses.

That is the task facing Newcastle United centre back Federico Fernandez at this moment in time. His eight minutes of football so far this season attests to that fact.

However, it seems likely that he will be given a chance to work his way back to the forefront of boss Steve Bruce’s thinking on Wednesday, when the Magpies take on Leicester City in the Carabao Cup.

Sky Sports reporter Keith Downie revealed on his personal Twitter account on Tuesday that Newcastle have a whole host of injury worries heading into the Foxes clash.

Among those who are doubts for the game at St James’ Park, he named centre halves Jamaal Lascelles and Fabian Schar. Given that this is a mere cup game, it would be a surprise to see Bruce risk either man on Wednesday. Enter Fernandez.

Clearly the Argentine is down the pecking order, although he is close enough to feature every now and then, as we saw against Tottenham Hotspur on Sunday when he replaced Lascelles.

However, there is no doubt that Lascelles, Schar and Paul Dummett are Bruce’s favoured three-man central defensive unit at the moment, while Florian Lejeune’s eventual return from injury would push Fernandez even further back.

Having said that, good performances change everything. If Fernandez, who The Chronicle asserted on their live blog [26/08; 17:15] could well start against Brendan Rodgers’ side, can produce a quality display, then he could put enough pressure on the players ahead of him to sustain his Newcastle career.

If he struggles, though, it will leave an indelible impression on a head coach who has seemingly already decided he doesn’t fancy him. One poor showing on Wednesday and the 32-cap Argentine international will surely be entering the last chance saloon. 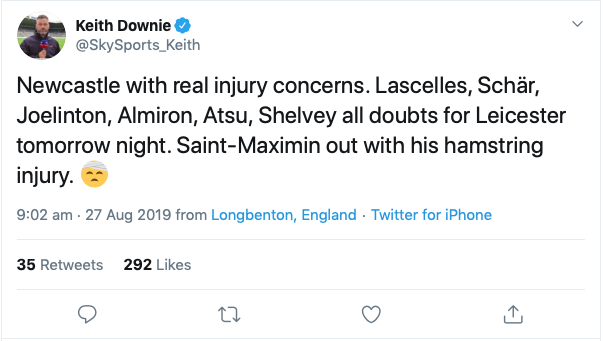