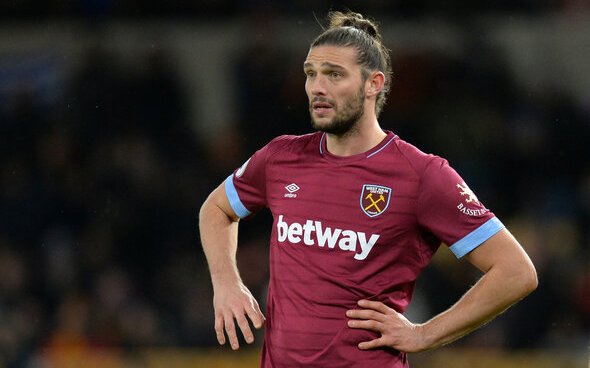 Newcastle United should take a risk on signing Andy Carroll after the transfer deadline has passed, according to Telegraph journalist Luke Edwards.

The 6’4″ striker [Transfermarkt] has been without a club since leaving West Ham earlier this summer, and Edwards is of the opinion that a move to take him back to his boyhood club would be a smart idea.

Writing on his personal Twitter account, he said: “However, that return for Andy Carroll was not a priority for Bruce for obvious reasons.

“It is a deal they will look at outside of the window as he is a free agent.

“I’d get it done. He still has something to offer and is worth the risk as far as I’m concerned.”

To be fair, you can see where Edwards is coming from on this one. There are still few centre forwards in the English game who can match Carroll in terms of the havoc and disruption he can cause in a penalty box, and his stature and robustness make him a genuinely unique proposition for most defenders to come up against. Even last year at West Ham, during a campaign that was typically ravaged by injuries, he still managed a very handy 3.8 aerial duels won per game, as per Whoscored. Now, obviously, Carroll is a player on the wane, and one who needs wrapping up in bubblewrap between match days. In short, he is no longer the same hulking behemoth who could win 9.1 aerial duels per match like he did back in 2016/17. But if the Toon Army are savvy, and if they can lure him in on a pay as you play deal, making it very clear that he is a last resort battering ram for the matches when they need a bit of aggro up top, he could be exactly the kind of capture they need to bulk out their squad, and to bring a smile to the faces of the Geordie faithful. Edwards could be onto something here.