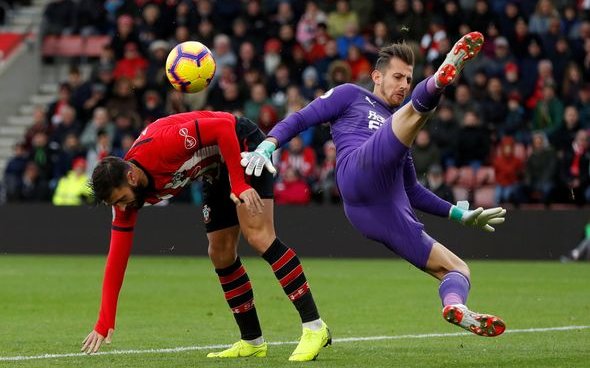 Newcastle United goalkeeper Martin Dubravka is expected to play against St Etienne in the team’s final pre season friendly on Saturday, according to The Sun.

The newspaper claims that Magpies boss Steve Bruce is insistent that the Slovakian international will play against the Ligue 1 side, despite snubbing him recently.

The 30-year-old has been left out of a string of pre season friendlies under the former Sheffield Wednesday boss, increasing speculation that he might be set for a move away.

However, the ‘keeper is one of four Newcastle players being lined up for new contracts, alongside Isaac Hayden, Jonjo Shelvey and Matt Ritchie.

It would be a big surprise if Dubravka didn’t feature against St Etienne, to be honest. His game time has been limited throughout this pre season and so it will be important for Bruce to give his number one a significant run-out against the French outfit. Obviously the Slovakian is the undisputed first choice shot-stopper at the club, and rightfully so, and so it’s imperative to quell this talk of a move away before the player himself gets his head turned. He is good enough to go and play for better teams than this iteration of the Magpies, you’d have to say, and so it’s vital that the club tie him down to a new deal now despite him having three years left on his current contract. Bruce is clearly keen to come in and strengthen the club’s core, not just through the transfer market, but by keeping the team’s best players around. That very much appears to be a goal of his and he’s clearly set to work straight away to get it done.