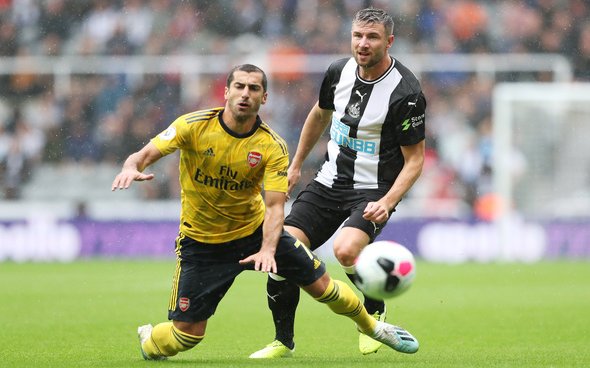 It is “absolutely crazy” that there are questions being asked of Newcastle United’s application in their warm-ups for Premier League matches, according to former Toon ace Lee Clark.

The Magpies have lost their first two games of the new season, including a 3-1 defeat to Norwich City last Saturday, with Paul Dummett seemingly questioning criticising the coaching staff for their warm-up plans, although he later refuted the suggestion, as reported by the Chronicle.

And Clark has argued that any criticisms are out of order.

Speaking to Tribal Football, he said: “That responsibility falls solely on the players themselves.

“It’s the second game of the season and we’re questioning whether the players are up for the game? It’s got to fall with them ultimately.

“You should never, never not be up for a Premier League game. It’s absolutely crazy.

“You’ve got to do better. And it showed in their performance.”

We’re a fortnight into the new Premier League season and it already feels as if the wheels are dangerously close to coming off on Tyneside. Maybe that’s melodramatic, but the fact of the matter is that after two matches the Toon Army have shown absolutely nothing to suggest that they have enough to stay in this division, and with Tottenham, Liverpool, and Leicester City all to play in the league between now and the end of September, things don’t look like getting better anytime soon. The last thing they need, therefore, is for rumours and whispers to be circulating about unrest and mutiny against the new regime. That’s not to say that it isn’t justified if true – only those inside the club would know that for sure – but it would be far more beneficial to show a united front than a fractured one at the moment. If things don’t sort themselves out soon then the Magpies could find themselves with a mountain to climb, and you can’t help worrying that Steve Bruce is not the man to lead a rescue expedition.