Bruce: Hayden deal in the pipeline 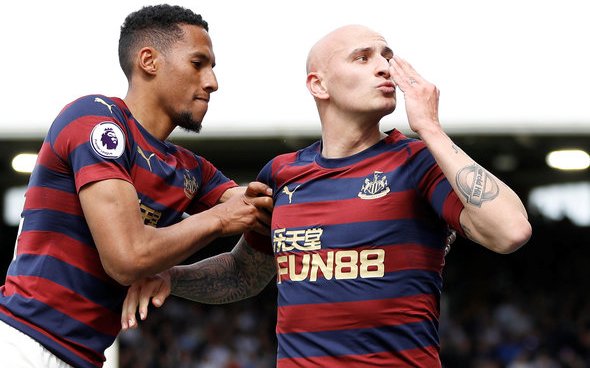 Newcastle United manager Steve Bruce has claimed that a new deal for midfielder Isaac Hayden is “in the pipeline”.

The 24-year-old has previously claimed that it was intention to leave the club this summer, as reported by the Chronicle, but his boss is of the belief that he can be persuaded to stay.

As quoted by Chronicle journalist Lee Ryder, Bruce said: “We hope to tie him to a new deal.

This is brilliant news for Newcastle fans. For a long time Isaac Hayden was very much on the edge of Newcastle’s plans, but ever since he was drafted in as a bit of a last resort last season, he has excelled in the middle of the park. His average of 2.9 tackles and 1.6 interceptions per match last term [Whoscored] show how important he is to the Magpies, disrupting opposition attacks and allowing them to build their own. Now that they have the pace of Miguel Almiron and Allan Saint-Maximin at their disposal, and with the passing ranges if Jonjo Shelvey and Sean Longstaff in the engine room too, his presence could be vital at the heart of team. Given how adamant Hayden was to leave the Magpies just a couple of months ago, this sudden turnaround is massively surprising, but you won’t hear any Toon fans complaining at all.