Celtic left-back Boli Bolingoli has sent a message to Joelinton on Instagram after Newcastle United lost 1-0 to Arsenal at a wet and windy St James’ Park on Sunday afternoon.

Joelinton, 22, was making his debut for the Magpies after joining from Hoffenheim for £40million in the summer transfer window.

However the Brazilian forward and his team-mates failed to make much of an impact against the Gunners as Pierre-Emerick Aubameyang’s second-half goal proved to be enough to win the London side all three points.

After the match, Joelinton took to his personal Instagram account to say that he was “sad” with the result against Arsenal.

Celtic’s summer signing Bolingoli was among those to respond in the replies, simply saying “beast” to the Magpies striker. 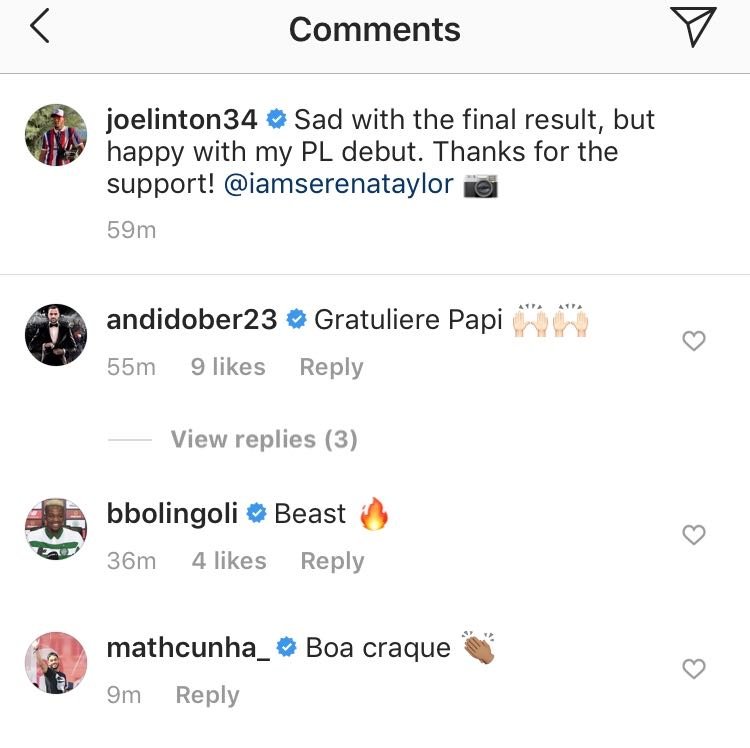 Joelinton spent a couple of seasons at Rapid Vienna before breaking through at Hoffenheim and that is no doubt where the Brazilian’s connection to Bolingoli comes from as Celtic signed the left-back from the Austrian side on a four-year deal last month. Joelinton did impress on his competitive debut for Newcastle. Although he did not hit the back of the net, he showed that he was more than capable of putting himself about and getting some shots off at goal. Unfortunately for him the supply from the midfield and the wide players simply wasn’t good enough so hopefully when Allan Saint-Maximin is starting matches, Joelinton gets a lot more chances to convert. Graeme Souness was impressed with what he saw from Joelinton and most of the fans are bound to be pleased too. At the end of the day, there are new players – and a manager – who are settling into life at St James’ Park. It may take some time to get right but a 1-0 defeat to Arsenal on the opening day of the season should not be taken too seriously.