Steve Bruce has got a dilemma ahead of his third Premier League game in charge of the club.

A trip to Tottenham is about as tough as it gets and Bruce will be desperate to get something out of the game after losing his opening two games. Each successive defeat will pile even more pressure onto him.

Rafa Benitez would have set his team up to park the bus last season against stronger sides. He was criticised for it but it was effective and Bruce has surely got to try something different against Spurs.

The bad news for Bruce is that Heung-min Son is back for Tottenham and he’s likely to go straight into the starting line-up. That means that the Newcastle defence has to keep out Son, Harry Kane and either Lucas Mora or Erik Lamela. 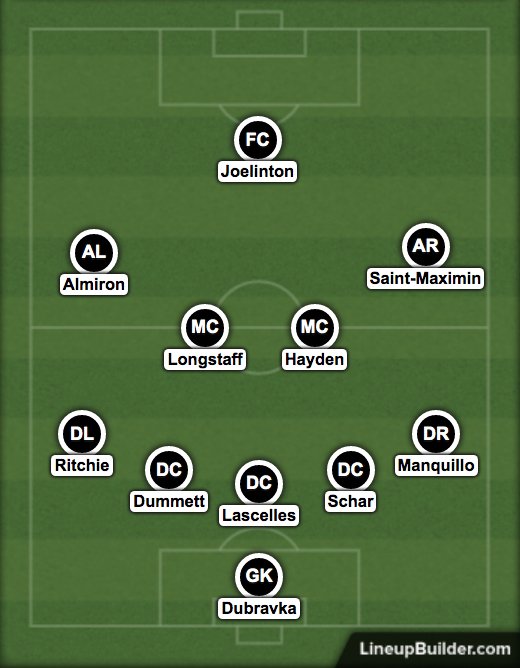 First-off we think Emil Krafth has to go. He had a stinker against Norwich on his debut and was the lowest-rated player on the pitch according to WhoScored. Javier Manquillo can come in on the right-hand side.

We think Jonjo Shelvey has to sit this one out too, with Isaac Hayden and Sean Longstaff in midfield, and Miguel Almiron and Allan Saint-Maximin (if fit) on the flanks.

This is the starting XI we think Bruce should put out against Spurs and we think it’s got a chance of bringing something back from north London.