Benitez: Longstaff can play for England in future 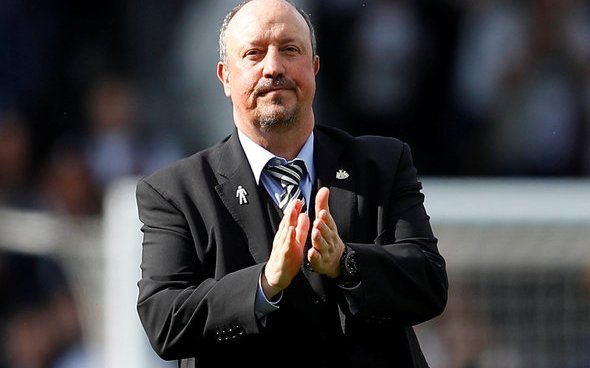 Rafa Benitez has admitted that he did not think that Sean Longstaff was ready for the Newcastle United first-team last summer.

Longstaff, 21, has always been a highly-rated youngster at St James’ Park but struggled to break into a matchday Premier League squad under Benitez until he finally made his league debut against Liverpool on Boxing Day of last year.

Since then, the central midfielder has been a regular for the Magpies and saw huge speculation linking him with a move to Manchester United in the most recent summer transfer window.

Although Benitez did not think he was ready at the start of the 2018/19 campaign, the Spanish manager has now tipped Longstaff to win an England call-up in the future.

“Since we were in Ireland in pre-season last summer, we saw him doing well and I remember having a conversation with my staff. I remember saying: ‘It is too early, he needs time.’ But we knew he could do well,” Benitez said in a Q&A session on The Athletic website on Wednesday.

“What impressed me the most was his commitment, he was very keen to learn, and everything that you were saying to him he was trying to replicate on the pitch.

“We knew that he was playing more offensive and then he could score goals from the edge of the box, but his understanding of the game and his work-rate means that we could use him as one of two holding midfielders.

“I think that he was good for us in the end and he has a very good future ahead of him. I think he has the potential to play for England but we have to be careful when we talk too much about players and the national team.

“He is humble, he’s a worker, but football can change quickly so I think it is better to be sure he continues approaching the game thinking about the next one as the most important.”

Longstaff has done superbly to get back into the Newcastle first-team after Steve Bruce replaced Benitez in charge, especially as he spent a few months out injured towards the back end of last season and some of the summer. Bruce dropped Longstaff for the defeat to Norwich at Carrow Road but that quickly looked like a mistake as he was recalled into the starting line-up at Tottenham on Sunday and helped the Magpies secure an unexpected 1-0 win. Longstaff does have some way to go. Sometimes he can not do as much in matches as he should or his passing can be a bit loose. However it is important to remember that he is only 21-years-old and so far has made only 12 appearances in the Premier League. While he might not get into the England squad this year or for next summer’s European Championships, there is a good chance that Gareth Southgate will call him up at some stage if he can continue to develop into the player that Benitez is tipping him to be.