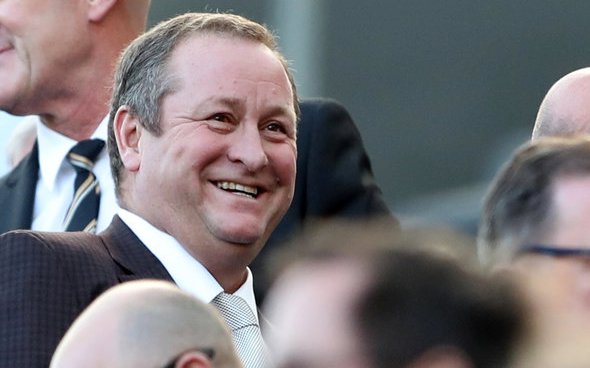 Mike Ashley charges Newcastle United players over £20,000 to make use of executive boxes at St James’ Park, according to The Athletic.

The online news outlet claim that other clubs give players complimentary tickets for their friends or family to take advantage of at each home game compared to the Magpies’ owner.

The Athletic report that Ashley demands the hefty fee from his squad members should they wish to use the boxes at home games.

Ashley is said to ask for the money despite other clubs offering their facilities for free, with other teams in England simply limiting the number of tickets given out to stop complaints.

This may come as a little bit of shock to many outsiders at Newcastle United, but is any demand made or put into place by Ashley really a shock anymore? The answer to that is simply no. A small fee wouldn’t be too much to ask for, and players would no doubt be well prepared to stump up some cash to allow friends or family to come to games and offer support, but, to be demanded to pay a figure of up to £20,000 or even more is simply ridiculous, even in Ashley terms. To offer some light to the situation, you could simply compare it with other clubs who offer different services in terms of ticketing. The Athletic points out that some Championship clubs offer complimentary tickets, meaning they get them free – with the second-tier clubs not being as rich as Newcastle and not bringing in as much expenditure weekly or annually. Ashley doesn’t have many fans as it is in the North East, and when little pieces of news like this come to light, it is clear to see why.