Arteta reality so near yet so far for Newcastle fans 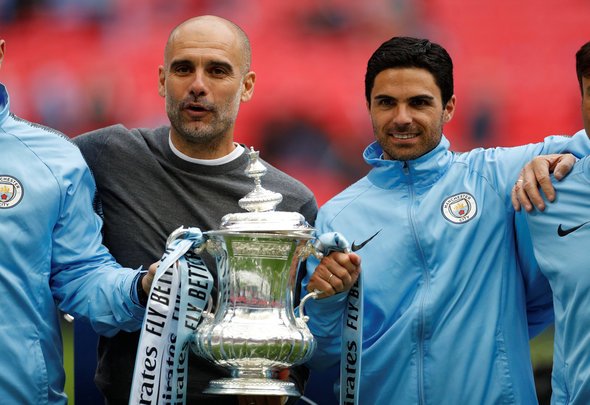 Obviously no Newcastle United supporter wanted former head coach Rafael Benitez to leave the club at the expiration of his contract earlier this summer.

However, once it was announced that the Spaniard would do just that, there was a prevailing feeling amongst the fanbase that his departure could represent a fresh start for the club – if they so willed it.

This was the chance to appoint a young, vibrant manager with fresh ideas. Ultimately veteran boss Steve Bruce ended up getting the position, but it appears that the Magpies hierarchy originally had the same idea as many of the supporters.

The Chronicle reported on Saturday that once the decision was made to allow Benitez to leave the club, managing director Lee Charnley identified Manchester City assistant coach Mikel Arteta as the number one choice to replace his compatriot.

It’s thought that negotiations between the north east giants and Arteta were fairly advanced, but that the latter ultimately opted to remain at the Etihad Stadium where he is being groomed as Pep Guardiola’s eventual successor.

That news will surely leave the Newcastle fans feeling gutted, because the vast majority of them didn’t want Bruce and would have been far more amenable to Arteta’s appointment as Benitez’s replacement.

Obviously with Arteta we don’t have the track record that Bruce possesses to pore over and judge whether his promotions were more impressive than his relegations were depressing.

However, what we can state is that the former Arsenal and Everton midfielder would have been a fresh appointment, someone with a unique perspective who has been learning under arguably the finest manager in world football.

While you can’t assume Arteta will go on to become the boss that Guardiola is, it’s safe to assume that he’s learned a fair bit from him that he could have applied to the position at St James’ Park.

Unfortunately he turned the job down, and it’s understood that Bruce was fairly high on the club’s list of Benitez replacements – just not as high as the City man.