Amadou purchase would be needless extravagance 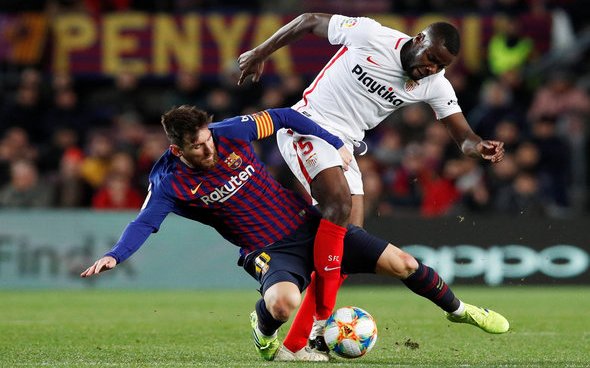 There are plenty of holes in this Newcastle United squad that new head coach Steve Bruce needs to fill between now and the end of the transfer window.

That fact means that the former Sheffield Wednesday boss must be selective in how he uses his time and which position groups he chooses to target.

Central midfield, while not an overwhelming strength, isn’t exactly a weak area of the Magpies team. However, that hasn’t stopped Spanish outlet Estadio Deportivo reporting earlier this week that the north east giants are interested in signing Sevilla’s midfield enforcer Ibrahim Amadou.

That’s a curious one because, in the context of this threadbare Newcastle squad, central midfield is positively overflowing with talent. Bruce has four quality options there, supplemented by youngsters like Matty Longstaff.

So, while the Frenchman is a talented player who is thought to be available for a relatively paltry £12.8million, he’s just not what this team needs at the moment, and so his signing should be shelved at least until the next transfer window.

When you look at the statistics from this past season, as per WhoScored.com, the 26-year-old simply isn’t enough of an upgrade on what Newcastle already have to justify concentrating on bringing him in ahead of other positions of greater need.

The La Liga star led the way ahead of Magpies midfield trio Jonjo Shelvey, Isaac Hayden and Sean Longstaff in the average number of clearances per game, while he also committed the fewest fouls and was dribbled past the least, while drawing the most offsides.

However, he was beaten in crucial defensive statistical categories like tackles, interceptions and blocks per league outing, while his minutes show he was far from first choice for Julen Lopetegui’s team last time out.

He is a combative, defensive midfielder, so we are essentially comparing him to Hayden, here, and he’s not enough – if at all – of an upgrade on the former Arsenal man for him to be a priority signing for Newcastle in the final week of the window.

With all that said, managing director Lee Charnley must think twice before pulling the trigger on this potential move.