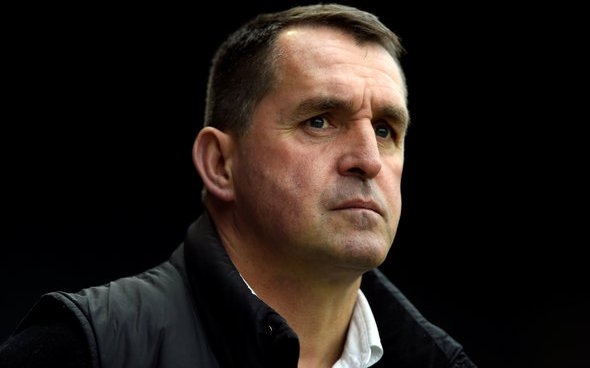 Chopra launched an epic tirade on Bruce via talkSPORT last week, but Allen – the owner of a 15-year managerial career – has advised the Newcastle boss to shut out comments of that nature.

“If I was Steve Bruce and you’re getting criticism from Michael Chopra – that ‘I heard from somebody’ sort of stuff – as a manager you do have to shift that aside,” he told Love Sport Radio. “When someone’s done absolutely nothing… bothered? See you later, Michael.”

Allen also made a rather unflattering Newcastle comparison: “Not perhaps entertaining or good on the eye but, not being funny, who really cares? They haven’t got the money that Man City or Liverpool have got to bring in the players that they bring in. They are going to be fighting it year in year out, similar to Burnley.” It’s hard to disagree with Allen, here. His advice to Bruce is sound. As a manager you’re always going to get criticism from some quarter or another, but when it’s someone like Chopra, who is speaking from a he said-she said basis, you just have to ignore it and get on with the job at hand. It seems like Bruce did the latter, leading his team to a fantastic 1-0 victory over Tottenham Hotspur on Sunday, but his response to Chopra would indicate that he didn’t do the former. Clearly the criticism got to him a little bit, but that’s only natural. As Allen says, though, unless it’s criticism from someone Bruce respects then he should just put it to one side and get on with the difficult job of managing Newcastle. As for the Burnley comparison, that’s not one that the Newcastle fans will particularly revel in. They will say ‘why should we be in the same boat as Burnley? We’re a much bigger club’. However, the incompetency of Mike Ashley cancels out the size of the club, unfortunately.