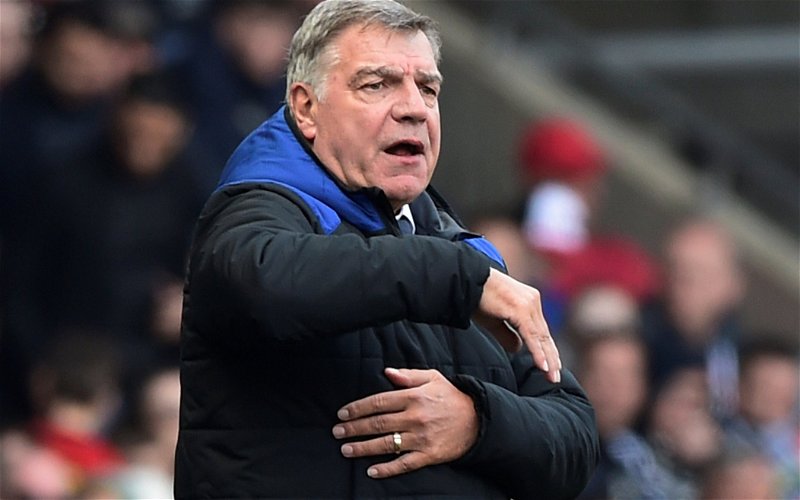 Sam Allardyce has said that Steve Bruce needs more time at Newcastle but admitted there was a huge amount of pressure on the new manager.

Talking on the Alan Brazil Sports Breakfast show (talkSPORT, Tuesday, 7am), Allardyce also compared the criticism Bruce is getting after two games in charge with the treatment afforded to Rafa Benitez this time last season.

“Steve has been in there three weeks and getting to know his players,” said Allardyce, “but he’s under huge pressure.”

“There’s much more pressure on you as a manager at Newcastle than there is at Norwich. Steve needs to find a result or two to get some time.

“It’s fair to say though, what Tony [Cascarino] said… no win until November. Where was the stick for Rafa then?

“It’s not Steve’s fault at the moment, he’s got to work out the players he’s got. I think being at that level now your mental toughness has to be better than ever, you have to have those skills to survive. Steve has got those skills because of his experience, but it’s a big-time club and there’s more pressure on him there.”

If you look at the results of the two managers out of context then you can see where Tony Cascarino and Sam Allardyce are coming from. However, football isn’t played in a vacuum. Benitez has a proven track record as a manager. He’s won the Champions League, the Europa League, the FA Cup and La Liga twice – among other honours. Newcastle had a really rough start to the last season under Benitez but he turned it round and finished 13th. The problem with Bruce is that a lot of fans don’t think he’s got the tactical acumen to turn things around in the same way. Yes, it’s only been two games, but the performance against Norwich was not good and Bruce criticised the attitude of his players afterwards. That’s a really bad sign so early on in the season. Yes, the pressure is huge at Newcastle, but that comes hand-in-hand with any job at a major club. Allardyce thinks Bruce has the skills to turn his tenure into a success. We’re not so sure.