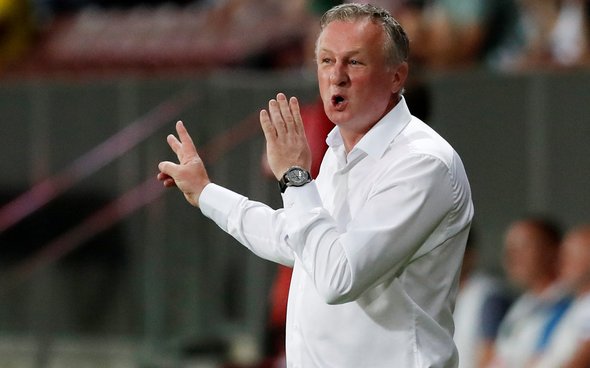 The former Magpies midfielder claimed O’Neill would bring fresh ideas to the club if appointed and already knows Newcastle very well having featured for them during his playing career.

“There is no doubt in my mind that Michael would be a good replacement for Rafa,” said McCreery, as quoted by the Belfast Telegraph.

“Michael knows the club very well having been a player there and his track record with Northern Ireland speaks for itself.

“He would bring fresh ideas and a real determination to make things work. Sure he would have a point to prove, but that would be a great motivation.”

McCreery then added that Newcastle fans would certainly take to O’Neill as he has the club in his heart and because he has big-game experience.

“I think the fans would certainly take to Michael because he has built up big-game experience and they know he would have the club at heart,” added the former Magpie.

O’Neill wouldn’t be the worst shout. The 50-year-old spent two years of his playing career at Newcastle so knows the expectations of supporters and his CV doesn’t make for terrible reading. O’Neill has averaged 1.35 points per game across the 65 games he has been in charge of for Nothern Ireland and previously averaged an impressive 1.85 points per game when at Shamrock Rovers (Source: Transfermarkt). While the 50-year-old has never managed a high-profile domestic club before, why shouldn’t the Magpies take a gamble on a former player? The only question mark regarding O’Neill is whether he’d leave the comfortable life of being an international manager to sit in the Magpies’ hot seat. While the 50-year-old probably has an affection for the Magpies, it does look like being a stressful job as succeeding Benitez is no easy task. The Spanish manager, after all, did win the heart of supporters by winning the Championship and established the club in the Premier League upon their return to the top-flight.