Jordan: Leeds are bigger than Newcastle 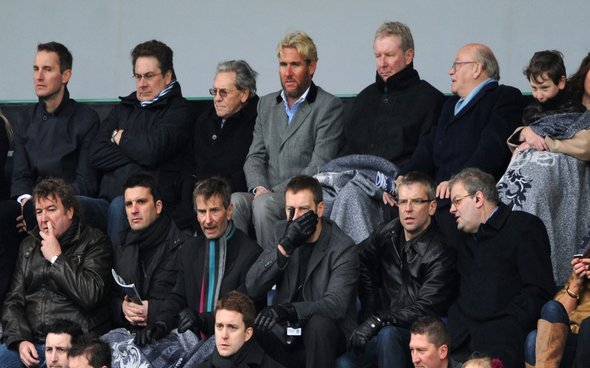 Simon Jordan claimed Leeds United were a bigger club than Newcastle United after being directly asked to compare the two clubs by Jim White.

The talkSPORT presenter asked the former Premier League chairman whether he thought Leeds were really bigger than Newcastle after he alluded to it while talking about Steve Bruce being the new manager of the Magpies.

Jordan responded with a definitive answer as he claimed that Leeds were bigger than the Magpies on every day of the week.

“Eh yeah, every day of the week and twice on Sunday,” answered Jordan.

Jordan is surely going to ruffle some feathers as Leeds and Newcastle both have large passionate fanbases. After all, there’s a reason why Leeds can more often than not fill the majority of their 37,890 seater stadium, as per Transfermarkt, while playing in the Championship, and there’s a reason why the Magpies had the seventh-highest attendance in the Premier League in the 2018/19 season, as per Transfermarkt, despite them more often than not trying to steer clear of relegation. In fact, it’s very telling that Newcastle sold out 97.7% of their stadium across the latest campaign as that shows there were hardly any empty seats. As for Jordan comparing the two, while he thinks it’s an easy question, it really isn’t. Both Leeds and Newcastle have long illustrious histories and huge fanbases, so it’s unfair to directly state who is the bigger side. Both Leeds and Newcastle deserve respect and the fact that one of them is in the Championship currently, can’t really be used in an argument to justify who is bigger.