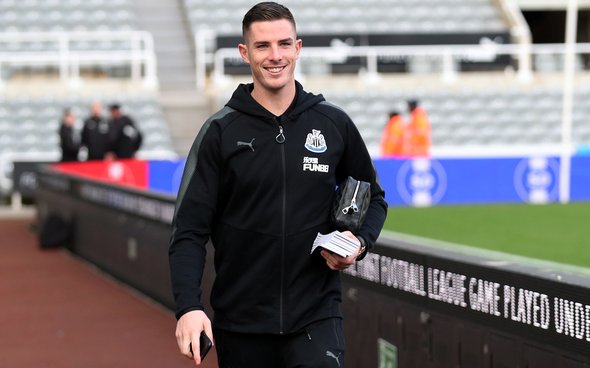 The Chronicle previously reported that the 29-year-old enforcer may be sold with Crystal Palace and Bristol City keen if the Magpies were able to land Paris St-Germain defender Stanley N’Soki.

While his possible future at St James Park already hinges on one transfer deal that may or may not occur, The Sun’s northern reporter David Coverdale claimed Clark’s next move could be connected to several other transfers.

The reporter explained, via his verified Twitter account, that Brighton were ready to spend £25million on Bristol City’s Adam Webster as the Seagulls want him to be their replacement for Lewis Dunk if Leicester City make a move.

Bristol City then plan to replace Webster with Newcastle’s Clark, hence why they’re in contact with the Magpies about signing him.

However, the Foxes only want Dunk as they want him to fill the hole that may be left by Harry Maguire, who could end up at Manchester United as according to Sky Sports he remains Ole Gunnar Solskjaer’s number one and has told Leicester he wants to leave.

When you consider there are only nine days left of the transfer window and this transfer-merry-go-round’s starting point is meant to be Maguire to Manchester United, then Clark’s possible St James Park exit may go down to the wire.

This is especially the case when you consider BBC Sport stated on Tuesday that Leicester City and Manchester United remain apart in their valuation of England defender Harry Maguire despite time running out.

Clark only played 14 times for Newcastle less season, as he was low down in the pecking order, but when he did feature he impressed more often than not.

The 29-year-old averaged an impressive rating of 7.09 across his league outings, managed to score three goals, won 3.9 aerial duels per game and pulled his weight defensively by averaging a whopping 5.2 clearances per game. (Source: WhoScored)

However, it seems Newcastle fans eager to see what happens with Clark or the player himself will likely have to be kept on tenterhooks over his future as it stands.