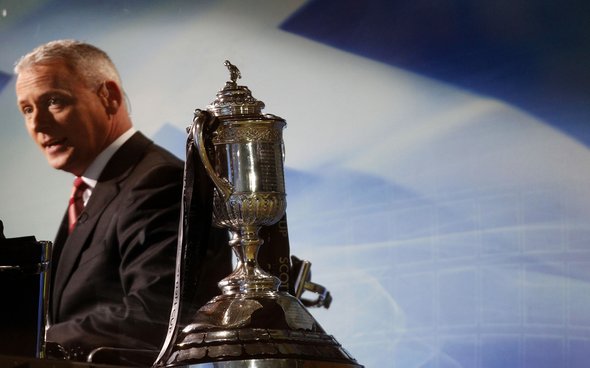 Jim White jumped to Newcastle United’s defence after Simon Jordan opted to take a dig at the Magpies over them being perceived by some as a big club.

The former Crystal Palace chairman claimed that the Magpies couldn’t be that massive of a club as it’s not like Sky would worry about their ratings regarding them airing Premier League football if Steve Bruce’s side were relegated.

“You don’t hear Sky saying, ooo we better not negotiate a new deal for broadcasting if Newcastle aren’t in the Premier League,” said Jordan on talkSPORT (12:51pm, Friday, July 19th).

White didn’t let Jordan’s dig go unnoticed and passionately replied that the Magpies were a big club and pointed in the direction of St James Park.

“Newcastle is a huge club, (Jordan said in Newcastle) No! You look at the stadium,” replied White.

Yet Jordan continued questioning the Magpies’ ‘big club’ status and even indirectly accused supporters of being delusional about where the club ranks.

However, Jordan wasn’t done there as he fired another dig at the Magpies by claiming no one wanted to buy them from Mike Ashley.

“On what basis, on what basis because Kevin Keegan said they deserve a better owner than Mike Ashley?” questioned the former Palace chief.

“On what basis, no one wants to buy them…”

White then cut off Jordan once again to point out that the Magpies would cost more than Jordan’s beloved Crystal Palace, which led to the former Palace chairman claiming that Roy Hodgson’s side could fill a stadium the size of St James Park if they had one, and White opted to change the subject.

While the talkSPORT host clearly couldn’t be bothered to change Jordan’s mind over Newcastle in the end, many Magpies fans will applaud White for passionately fighting the club’s cause when it comes to their status of a big club.

Newcastle fans may not be hung up on the Magpies being perceived as a big team, although the club does have a long proud history which includes winning six FA Cups, as per Newcastle United’s official website, but Jordan was clearly trying to insult the Magpies with his argument.

But luckily White was there to make sure his view was contested.