Tyler: Fernandez is happy at SJP 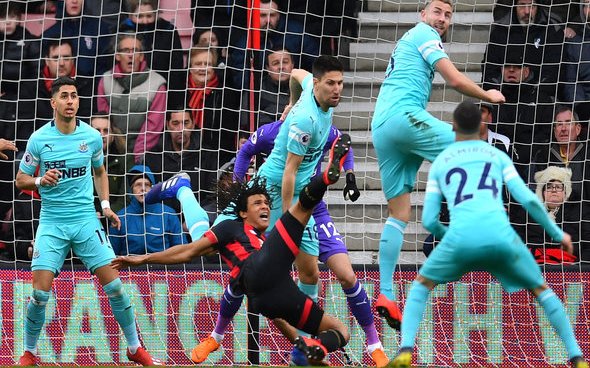 Sky Sports commentator Martin Tyler shared that Newcastle defender Federico Fernandez told him how happy he was to be playing his football in the North-East of England.

Tyler shared that he spoke to the 30-year-old centre-back at a function on Friday night ahead of the Magpies’ 1-0 victory over West Ham on Saturday, and the defender told him about how his family were settled in the area.

“Fernandez…he was just telling me last night at a function how happy he is in the North-East of England,” said Tyler while on commentary for the Magpies’ 1-0 win over West Ham (Sky Sports Premier League, 11:44am, Saturday, July 20th).

“His family are settled there, he has a three-year-old daughter who was speaking Spanish at home but out and about she was speaking with a good Geordie accent.”

Fernandez is thought to be a player in-demand as Calciomercato previously reported that AC Milan were considering making a move for him.

So based on these remarks, Fernandez is going nowhere. AC Milan may be hot on the centre-back’s trail but if his family are settled in the North-East of England, he is not going to surely jump at the chance to leave. This is especially the case when you consider that he has a young daughter who has bizarrely adapted the Geordie accent. Fernandez staying put, and not trying to force an exit, will surely be music to Steve Bruce’s ears as well as the ears of Magpies supporters. The 30-year-old may not have been a guaranteed starter at St James Park by the time the 2018/19 campaign ended, he featured in only 50% of the club’s last eight league games; he proved his worth over the course of the season.  Fernandez was strong in the air when called upon, on average he won 2 aerial duels per game (Source: WhoScored),  and averaged an acceptable rating of 6.62 across his outings.