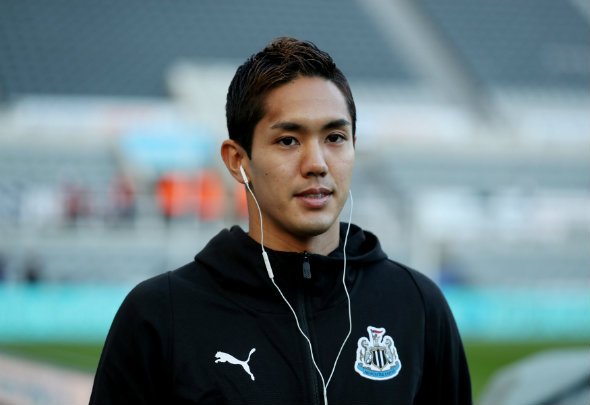 Malcolm Macdonald knows what it takes to succeed at Newcastle United but he has surely jumped the gun to write Yoshinori Muto off already.

The 69-year-old, affectionally known as Supermac, scored 138 goals for the Magpies in 258 appearances for them and seems to believe that Muto will never find himself amongst the goals like he did during his Newcastle career based on his latest remarks.

“Yoshinori Muto, signed by the club rather than Rafa, has never looked the answer from day one and United must get more firepower at their disposal,” wrote Macdonald in his column for the Chronicle.

Macdonald implies that Rafa Benitez didn’t want Muto signed, as he makes it clear the Magpies opted for him not the Spanish manager and stated that he hasn’t looked the part since day one.

The Magpies legend then effectively writes-off Muto proving himself in his 2019/20 campaign as he quickly says that new Magpies boss Steve Bruce has to sign more firepower due to the Japanese international not being up to scratch.

However, Muto is capable of proving Supermac wrong to write him off as it’s not like he got a fair crack of the whip in his debut season.

The 27-year-old joined the Magpies from Mainz 05 last summer, and Benitez only opted to use him sparingly.

Muto played only 516 minutes of Premier League action across the 17 outings he made, and only completed 90 minutes on one occasion.

The Magpies attacker only managed one goal as a result, but given that he never played in England before and was not getting many minutes, surely it’s wrong to suggest he can’t get better.

Muto wasn’t helped by picking up a calf injury during the season as he spent three games on the sidelines, as per Transfermarkt, and the fact he went away on international duty in January to compete in the Asia Cup.

However, with a full pre-season under his belt and a proper run in the team under Bruce, who’s to say that he can’t make Supermac rue the day he harshly wrote him off.

After all, the 27-year-old managed to score eight goals in 20 league starts for Mainz 05 in his 2017/18 campaign, averaged a rating of 6.75 across those appearances and seemed formidable as he averaged 1.4 shots per game. (Source: WhoScored)

So Muto is clearly a capable player as the Bundesliga isn’t an easy league, he just needs a chance at St James Park.