Saunders remarks on Bruce and Newcastle 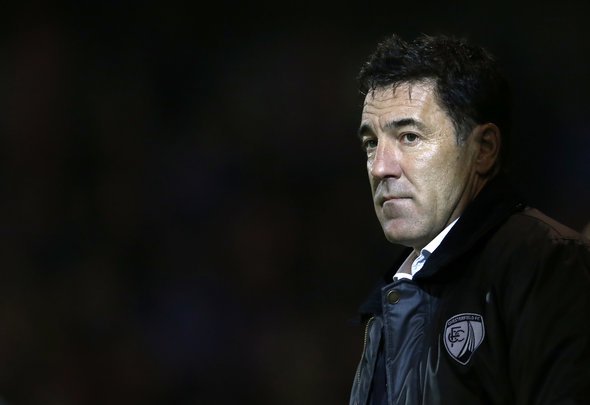 Dean Saunders delivered his verdict on Newcastle United after they appointed Steve Bruce and surely it is going to have many Magpies supporters hitting the panic button.

The talkSPORT pundit seemed to agree with Stuart Pearce that Bruce does a good job everywhere he goes, but then kind of alluded to the fact that the 58-year-old didn’t take the job because it was good, but took it due to being a Geordie as he couldn’t reject his dream position.

While that’s a worrying thought as it is, that Newcastle didn’t woo a Championship manager on merit, Saunders continues to spread panic with his words.

Saunders pointed out Bruce doesn’t really play an inspirational style of football, as he keeps things basic, highlighted there’s a lot of work to do without Salomon Rondon to call upon any more and implies that the club only stayed in the Premier League due to Rafa Benitez.

The pundit clearly believes the Magpies’ current squad isn’t good enough for the top-flight based on that as he directly praises Benitez’s tactics.

“I think he does things simple, basic and as Stuart Pearce said he does a good job everywhere he goes and he probably couldn’t turn this job down,” said Saunders on talkSPORT (6:20 am, Friday, July 19th).

“He’s a Newcastle fan, it has been his dream job all of his career and he’s got offered it and took it, so good luck to him.

“Well they’ve lost Rondon, he was their main man, so he has a lot of work to do there.

“I think Rafa Benitez tactically kept that team together, got them enough points to stay up two years on the bounce, so every Newcastle fan now will have a slight panic in them about what will happen to them next season.”

When you consider there are only 20 days left of the transfer window, it closes on August 8th (Source: Premier League), it shows that Bruce may be in an unwinnable race against time to get his squad up to scratch for the new season.

Saunders’ verdict also implies that if this scenario does occur, then Bruce may not have the same tactical nous that his predecessor had, which means the Magpies will be in danger of relegation.

It’s hard to argue with the idea that Bruce is not at the same level as Benitez as their records speak for themselves.

Benitez has won 168 of the 340 Premier League games he has been in charge of, and that sees him have a win percentage of 50.5% (Source: Premier League).

Whereas Bruce has a win percentage which is under 30%, as stated by Duncan Alexander, the author of Opta Joe’s Football Yearbook,via his Twitter account, after overseeing 392 Premier League games (Source: Premier League).

Also unlike Bruce, Benitez has never seen a side relegated from the Premier League after a whole season with them.

So with that in mind, if there were any Newcastle fans coming around to the idea of Bruce being in charge of their team, Saunders would have scared them away.