Newcastle inquired about Austin weeks ago 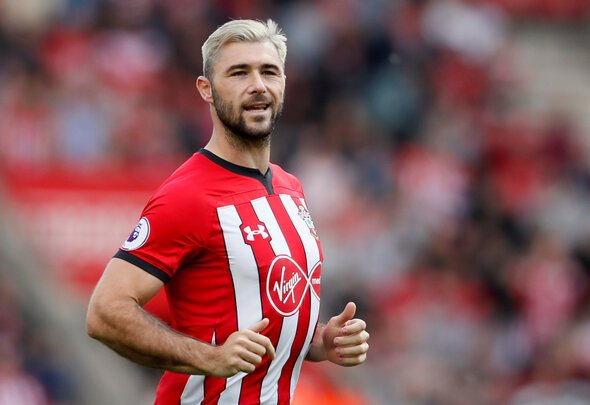 Newcastle United considering signing Southampton attacker Charlie Austin was a surprise when the link first emerged and it seems to get harder to comprehend with each passing report.

After the Magpies appointed Steve Bruce, Football Insider reported that the Magpies were plotting a bid for the Saints forward who could cost around the £8million mark.

The Chronicle then followed that report up by claiming that Austin had been offered to the Magpies after the forward had a bust-up with Saints boss Ralph Hasenhuttl, and that Bruce was mullering over whether to sign him.

Given that the link to Austin first emerged after Bruce was appointed last week on July 17th, as per the BBC, it seemed likely that it was the 58-year-old boss pushing to sign the forward.

After all the Magpies’ reported transfer policy that was in place, before the manager arrived from Sheffield Wednesday, would make players like Austin not be considered.

The Daily Star previously reported that Magpies owner Mike Ashley wouldn’t sanction a permanent move for Salomon Rondon due to the player turning 30-years-old in September.

The national newspaper claimed that Ashley would rather sign younger players whose value in the transfer market was likely to increase during their time at St James Park.

When you consider that Rondon wowed at the Magpies last season while on loan from West Bromwich Albion by scoring 12 goals in 33 outings, averaging a goal every 218 minutes to finish second in the club’s scoring charts, as per the BBC, and wasn’t signed this summer, then it’s easy to believe the Daily Star were right about the Magpies’ recruitment policy.

However, it seems the club were the ones who first took an interest in Austin rather than Bruce based on Sky Sports’ update on the club’s pursuit of the Saints forward.

Sky Sports reported on Thursday that the Magpies inquired about the 30-year-old Saints forward weeks ago, which means ahead of Bruce’s arrival, and that the club were waiting on the manager to decide if he wanted to press on with the pursuit.

Due to this update, many Newcastle fans will surely be more baffled about the club possibly wanting Austin as if they’re willing to sign the 30-year-old Saint, why did they not just pay the necessary fee to get Rondon, who is younger and already a fan favourite at St James Park.

After all, Austin managed only two league goals in his 25 league outings last season, woefully averaging a goal every 490 minutes, and does seem to have a reoccurring hamstring problem based on his injury record on Transfermarket.

While a pursuit would have still been questionable if Bruce was the one pushing for it, as Newcastle didn’t appear to let Rafa Benitez break the rules, at least it would have made logical sense.