Former Newcastle United defender Fabricio Coloccini featured for Argentian side San Lorenzo against Cerro Porteno on Wednesday, and it seems some Magpies supporters sat up and took notice of the centre-back’s performance. This was especially the case after Conmebol Libertadores’ official Twitter account, which was the tournament the game was from,  uploaded a clip of Coloccini racing back in order to be able to head the ball clear of goal after his goalkeeper was beaten. The 37-year-old, who played 275 times for Newcastle, had one Magpies fan call him a quality player while another openly admitted they missed him. Also rather bizarrely, two Newcastle fans even tweeted to imply that Coloccini was better than Liverpool centre-back Virgil Van Dijk, which is some praise indeed when you consider the Reds defender is a contender for the Ballon d’Or (Source: BBC). When you consider that Coloccini did wow during his spell with the Magpies, after all he had a tackle success rate of 75% in England’s top-flight (Source: Premier League), it’s no surprise that Newcastle supporters seized the opportunity to take a trip day memory lane by praising him once again following his display for San Lorenzo.

Nothing But Newcastle has round a section of the best tweets below: 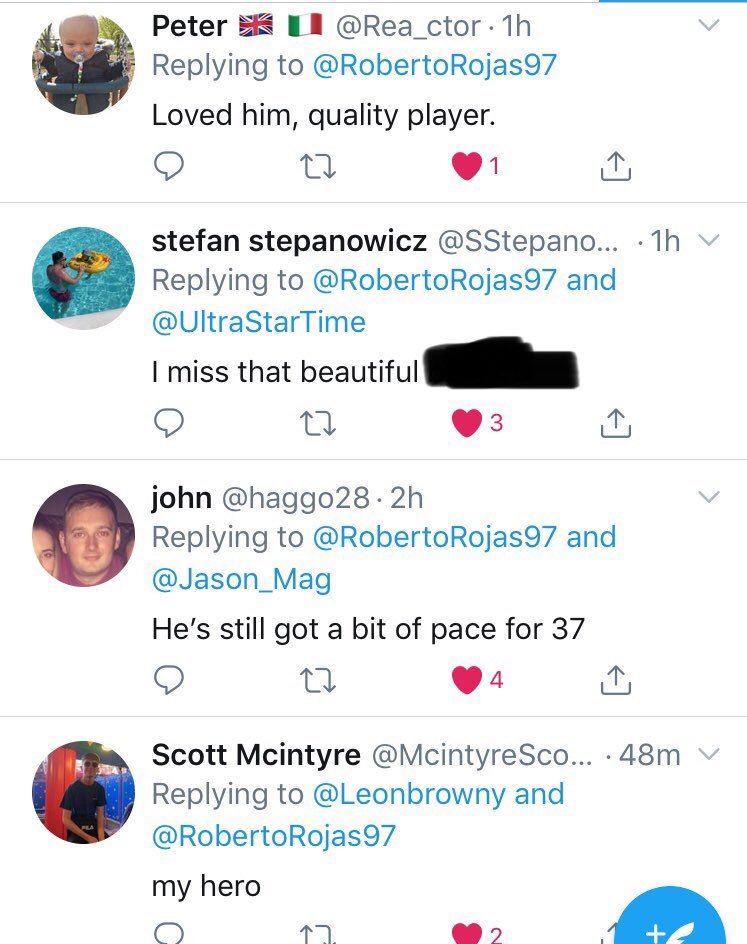 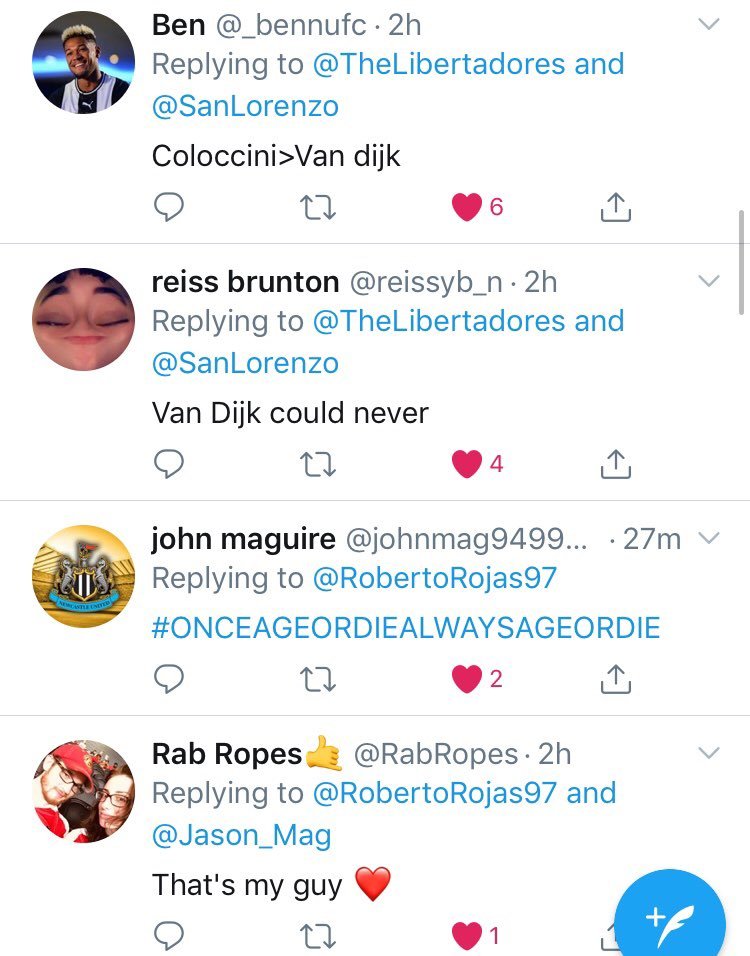 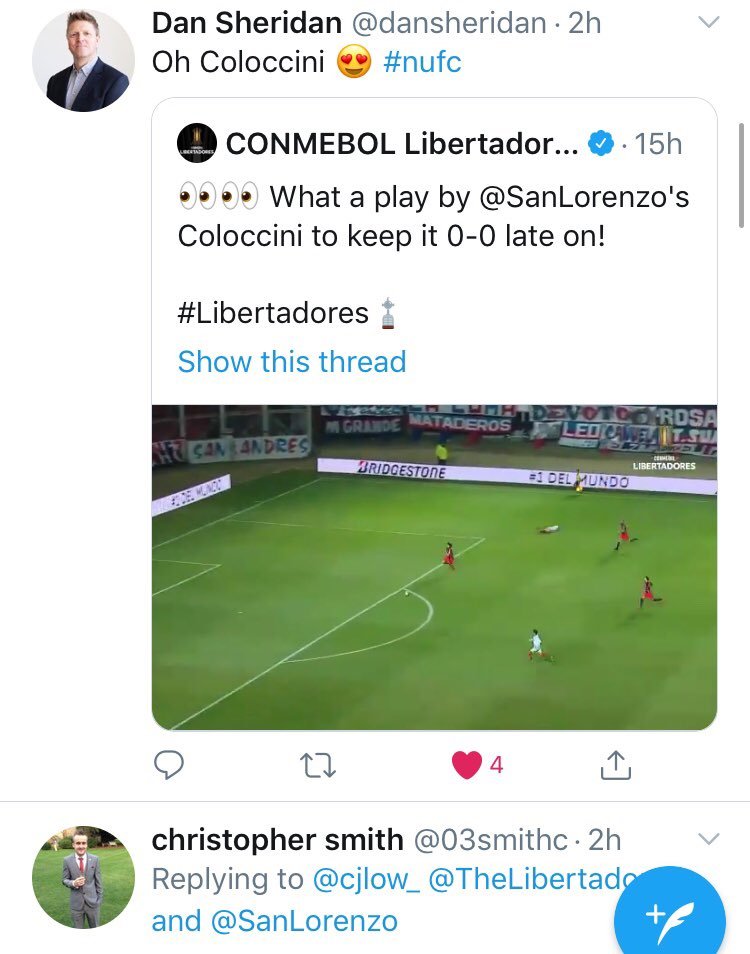 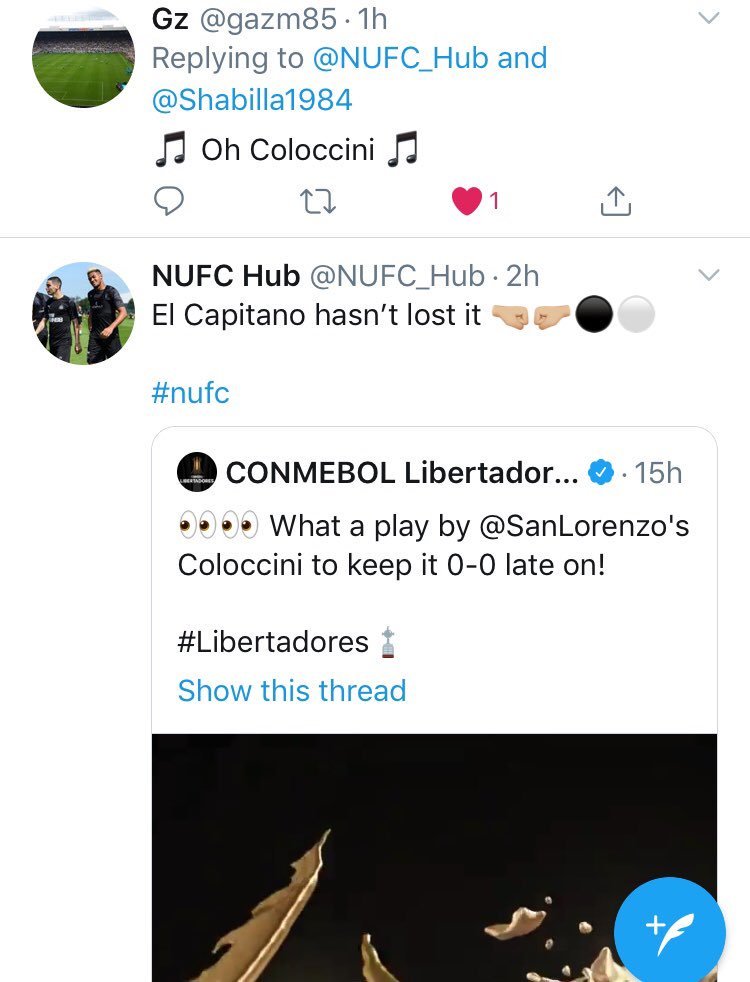