Lazaar happy to be back with Yedlin

The defensive pair were reunited on Thursday after the Magpies’ players returned to the club for the first day of pre-season and Lazaar uploaded a snap of the pair with the caption “the duo is back” to his Instagram story. 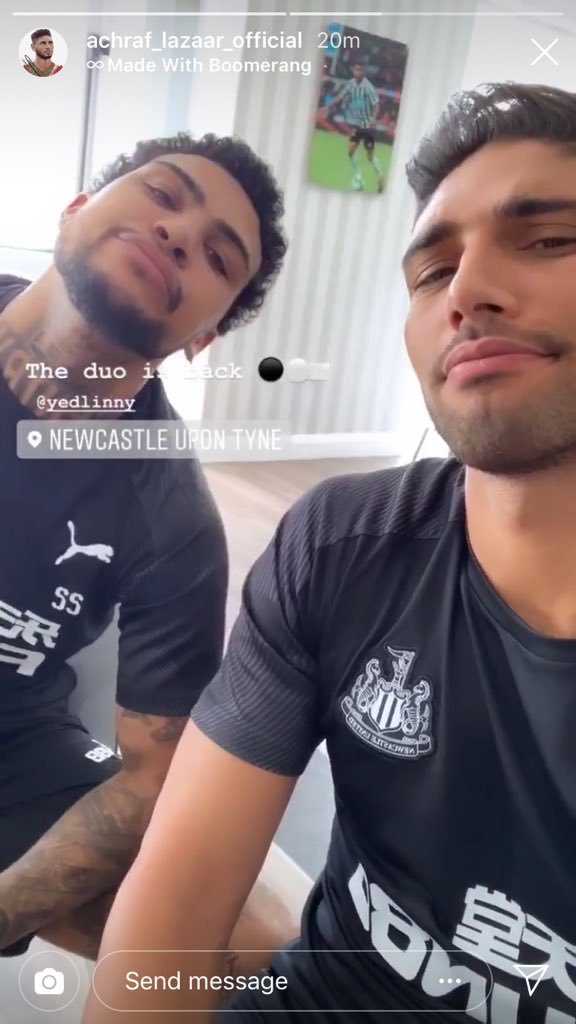 Lazaar didn’t make an appearance for Newcastle United’s senior side in his 2018/19 campaign and was loaned out to Sheffield Wednesday for the second half of the season.

Lazaar clearly has to celebrate being reunited with Yedlin while he can, as there’s no telling how long this reunion will last. The 27-year-old made only four appearances in the Championship for Sheffield Wednesday last season, and it’s hard to imagine him being deemed good enough to feature in the Premier League for the Magpies in the upcoming campaign as a result. Lazaar may have achieved a decent pass success rate of 75% and averaged an impressive rating of 7.12 across his outings, but after playing only 220 minutes for Steve Bruce’s side; it hardly suggests that he can make a difference at St James Park (Source: WhoScored). The 27-year-old has only played a total of 10 times for the Magpies, despite being at the club since 2016, and he is a name that could clearly be pushed out the exit door. The only thing that could delay Lazaar leaving could be if the Magpies next manager arrives shortly and takes a shine to him. After all the Chronicle previously Lazaar was one of five players who’d have a clean slate following Rafa Benitez’s exit.