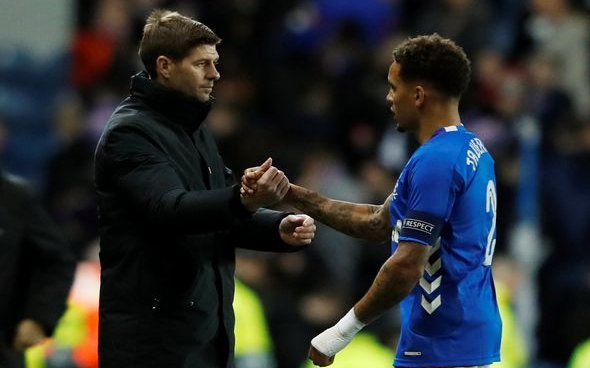 Steve Bruce is keen on bringing Rangers defender James Tavernier back to Newcastle United, according to the Daily Mail.

The national newspaper claim that the Magpies manager is showing interest in the 27-year-old right-back, but that Rangers would be reluctant to lose him.

However, the Daily Mail report that Rangers may be tempted to sell Tavernier for £8million as they may have to consider offers around that amount.

Tavernier spent years at St James Park trying to break out of the club’s academy but only ended up making 10 appearances for the senior team before leaving the Magpies on a permanent basis to join Wigan in 2014. However, while it didn’t work out the first time around for the full-back at St James Park, it doesn’t mean another spell with the club would go the same way. After all, Tavernier has improved greatly since leaving the Magpies due to getting regular playing time and being able to settle in at one club. The right-back had a tremendous 2018/19 campaign as he scored 17 goals, while assisting 20 in the 57 outings he made for the Gers across all competitions. Without taking his two goals and eight appearances during the qualifying period for Europa League last season into account, Tavernier ended up averaging a goal every 252 minutes last season (Source: BBC). While a full-back’s main job is to help rack up clean sheets, it would be an exciting prospect to have a prolific defender at the club, it was also be nice to see someone who struggled to emerge from the academy return and make a point.