Allardyce and Brazil surprised Dyche not in for Newcastle job 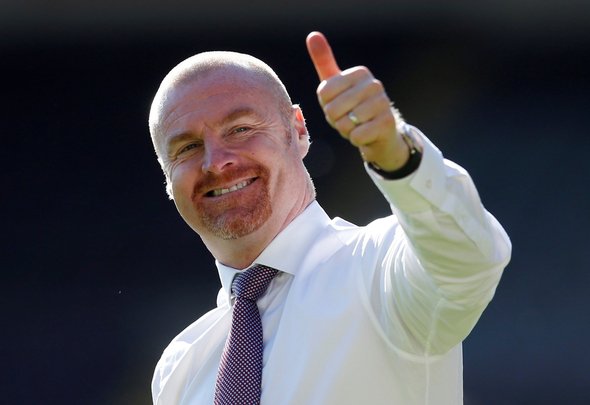 TEAMTalk previously reported Dyche was keen on succeeding Rafa Benitez at St James Park, but there’s been no report to suggest that the Magpies had tried to lure him away from Turf Moor, and Brazil didn’t understand why he hadn’t been mentioned more.

“I was surprised Sean isn’t mentioned for the Newcastle job,” said Brazil on talkSPORT (8:58 am, Thursday, July 11th).

This prompted Allardyce to share he was surprised too before trying to work out why the Magpies haven’t tried their luck with the Burnley boss.

“Me too, he is secure at Burnley at the moment, do you want to leave?” stated the former Newcastle boss.

“When you’re in a job as good as he is in there, it’s a big decision to move, so it has to really be the right club.

“So if Sean is going to go to another football club, he needs to go to a football club where they have got real potential and money to invest to develop a club as well.”

Allardyce is surely wrong to be surprised that Newcastle hasn’t pursued Dyche based on his own remarks, as he makes it sound like it’ll be a waste of the club’s time.

The former Magpies boss is unsure whether Dyche would be tempted to leave Burnley for the Magpies before suggesting that if the 48-year-old was to depart the Clarets, he’d only go to a team with real potential and money to spend.

Considering the Magpies last manager, Benitez, implied in an interview with The Times, that he left as he wasn’t handed the tools to move the club on forward, then Newcastle aren’t the team that can tempt Dyche based on Allardyce’s comments.

“I wanted to stay, 100 per cent. I wanted to develop a project, to be competitive, to compete in the cups and to be as close as possible to the top of the league, but you have to have the tools,” the Spaniard said.

“If you don’t, then you suffer because you’re at the bottom of the table, every point is massive and you know that a mistake could mean relegation. That would be a disaster for the whole city.”

So surely Allardyce has answered his own question about why Dyche hasn’t been who the Magpies have set their sights on.