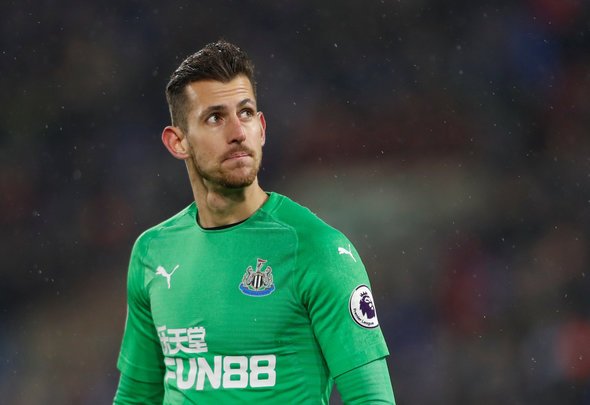 Paris Saint-Germain have joined the race to sign Newcastle United keeper Martin Dubravka, according to Kicker.

The German news outlet claims that the French giants will target Dubravka should Eintracht Frankfurt complete a move for their stopper Kevin Trapp, after his recent loan spell at the club.

Kicker report that the Billionaire-owned club could hold concrete talks with the Magpies over the Slovakian, who is likely to cost just above £8.9million.

Dubravka has already been reported by the Daily Mail to be the subject of interest from three Premier League clubs, with Aston Villa suggested to be leading Manchester United and Tottenham for his signature.

After a seemingly positive week at Newcastle as they secured the signing of Joelinton, things were starting to look up with Steve Bruce looking to make more moves in the transfer market before the new Premier League season. The reports linking Dubravka to the Premier League trio going quiet, many would have relaxed in the hope that their marquee keeper would stay at St James’ Park. The reality is that Paris Saint-Germain can offer much more than Aston Villa for the Slovakian international, with the possibility of joining the Ligue 1 champions offering him a huge chance to feature in the Champions League. Dubravka was everpresent for the Magpies last season, keeping 11 clean-sheets [Transfermarkt] – the seventh-best in the Premier League. Newcastle must do all they can to prevent a move to Paris Saint-Germain for Dubravka, who is one of their most important players. The 30-year-old has really burst onto the scene since his arrival in the North East, making more appearances for Slovakia at the same time, and Bruce must convince him that Newcastle is the place to continue to further his career.