No way Newcastle are getting McNeil for £15m 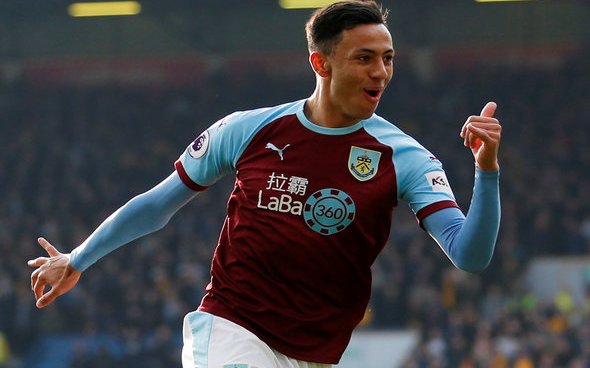 Newcastle United manager Steve Bruce has inherited a sub-standard squad by Premier League standards, there’s no doubt about that.

Plus, he has been unfortunate to have seen two of the team’s best players last season, Salomon Rondon and Ayoze Perez, leave the club. But, he is already getting to work on rebuilding the squad.

However, one of the most baffling elements of the Magpies’ summer recruitment plan is their attempts to sign Burnley midfielder Dwight McNeil.

The Sun reported on Saturday that the north east giants are keen on signing the 19-year-old starlet, and are ready to pay around £15million for the speedy winger. Unfortunately, the Clarets are thought to value the player at about £30million.

With that said, Newcastle need a reality check if they think they’re going to sign the Burnley star this summer. There is absolutely no way that, unless they change their stance dramatically, they’ll be bringing the youngster to St James’ Park any time soon.

The thing here is, though, that Sean Dyche’s side can use Newcastle’s own stance against them. The Evening Standard reported earlier this month that the Magpies value their own young midfielder Sean Longstaff at £50million amid interest from Manchester United.

Burnley will quite rightly tell Newcastle that they aren’t willing to sell their young star for a fraction of the price the Magpies want for theirs when McNeil is actually more proven at Premier League level.

When you look at the statistics, as per WhoScored.com, it becomes clear that it was McNeil who made the most waves in his breakthrough top flight campaign.

He beat out Longstaff in the majority of major offensive statistical categories last term, and certainly scored and assisted more than the Red Devils-target.

When you consider all of the above, you have to say that Newcastle head of recruitment Steve Nickson is dreaming if he thinks he’s going to bag McNeil for £15million. 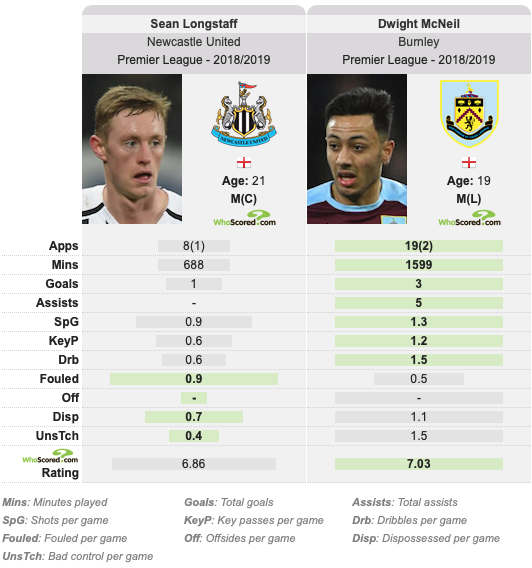