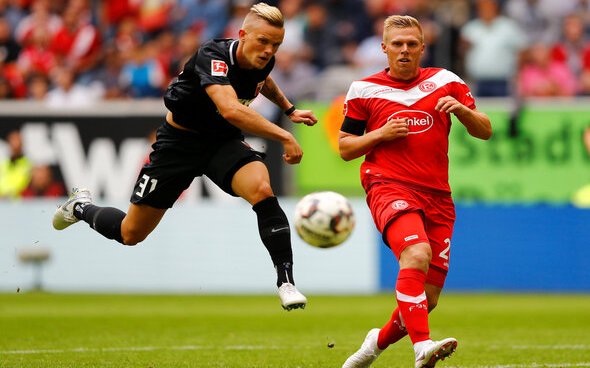 Steve Bruce wants to sign a new left-back this summer and a Newcastle United switch for Augsburg left-back Philipp Max has been mooted, according to the Chronicle.

The newspaper claims that Max, 25, has been “pushed to them” as the Magpies aim to make new signings before the transfer window slams shut in a few weeks’ time.

However it is understood that the German left-back is valued at £18million by Augsburg and it remains to be seen whether or not Newcastle would be willing to meet that asking price.

Max enjoyed a great season for Augsburg last time out as he scored four goals and supplied seven assists in 34 appearances across all competitions. He is a very attack-minded left-back who would no doubt walk straight into Bruce’s starting line-up if Newcastle are able to strike a deal for the Augsburg flyer. What is encouraging about Max is that he has recently been linked with some top clubs. Spanish news outlet Sport reported last week that Barcelona and European champions Liverpool are in the hunt to sign Max, with the Merseyside club looking at him as a potential replacement for Alberto Moreno. It would be good if Newcastle can lure Max to St James’ Park but with those top clubs interested in him, it might be difficult. Newcastle cannot be a great place to be at the moment and no player can be blame for turning the Tyneside club down with Mike Ashley in the boardroom and Bruce in the dugout.