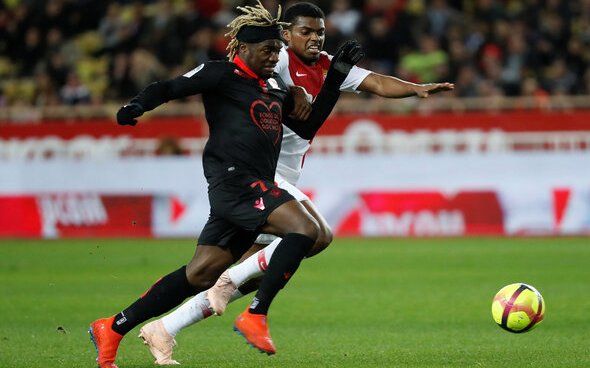 In the space of one week, Newcastle United’s transfer window has gone from being non-existent to hectic, with Steve Bruce looking to improve his squad.

The club-record signing of Joelinton is expected to kick start a frantic couple of weeks at St James’ Park, with RMC Sport reporting that the Magpies have had a £14million offer rejected for Nice winger Allan Saint-Maximin.

The Chronicle journalist Lee Ryder then reported on his personal Twitter account that a £20million offer would be enough for Nice to sanction the potential departure of the 22-year-old.

Newcastle are clearly desperate to secure the signing of a winger, with the Sun now claiming on their website that the Magpies have sent a so-called “friendly agent” to France to try and secure a deal for the exciting attacking prospect.

Saint-Maximin is clearly a player that Newcastle want to bring in and it is clear to see why they would want to bring him to St James’ Park.

Despite only scoring six goals and delivering a further three assists in Ligue 1 last season, Saint-Maximin has all the attributes that will help him succeed, including great pace and the ability to beat his man with ease.

The Frenchman averaged 2.2 shots per game as well as 1.7 key passes [Source: WhoScored] – stats which prove that if he could improve his conversion rate as well as being partnered with better forwards – his goal involvements should drastically improve.

Saint-Maximin also completes an average of 4.2 dribbles per game – a stat which will surely excite Magpies fans. It also gives them a player who can create more chances when needed at important stages in games next season.

Newcastle might be making their last roll of the dice by sending an agent to France, with the hope he can secure the signing of the £20million-rated winger.