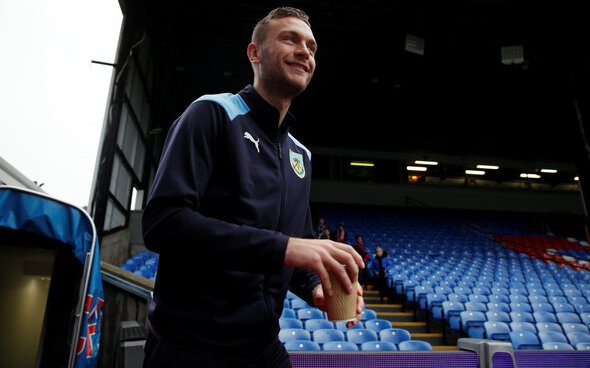 If there was an area in which Newcastle United need to strengthen this summer, it would be their attack – not their defence.

Rafael Benitez introduced a new dynamic at St James’ Park last season, switching the Magpies to a five-at-the-back formation which along with Martin Dubravka, saw them pick up 11 clean-sheets – the seventh-best in the Premier League.

Players such as Fabian Schar and Jamaal Lascelles really came into their own, and were colossal at the heart of the Newcastle defence, frequently being joined by either Ciaran Clark or Paul Dummett after Florian Lejeune’s injury.

TeamTalk has recently reported that Newcastle are lining up a loan-to-buy bid for Burnley defender Ben Gibson, and Steve Bruce must immediately put a stop to that pursuit, with much better options already available at the club.

Gibson has failed to make any impact whatsoever at Turf Moor, only completing 63 minutes in the Premier League last season, with the defender surely having to do much more to prove he is worth making a move for.

Comparing Gibson in his last full season, which was at Middlesbrough in the Championship, via WhoScored, it is clear to see that Bruce would be wasting his time making an offer.

Fabian Schar almost tripled the average of tackles and interceptions made per game in the pairs last full seasons, with the Swiss international becoming an integral part of the squad last season.

With teamTALK suggesting that Sean Dyche would prefer to sell Gibson rather than loaning him out, only a year after they paid £15million for the English enforcer, only highlights the minimal effect the 26-year-old has had at his relatively new club.

Bruce already has a number of more than capable options and St James’ Park and must ditch the idea of making a move for the Burnley defender.