Newcastle must back off Krafth

Steve Bruce must have struggled to sleep since becoming Newcastle United manager with many issues to resolve before the Premier League opener against Arsenal.

One of the major areas that need attending too is the strength of his squad, with many transfers surely needed before the deadline in two weeks’ time.

The Magpies have been linked with different potential new signings nearly every day since Bruce’s arrival, with the Sun reporting on Sunday morning that the North East club are looking to secure a cut-price deal for Amiens defender Emil Kraft.

The newspaper claim on their website that Newcastle are willing to offer £1million for the Swede, despite the French club only signing Krafth a month earlier for double that amount.

Bruce must put an end to any negotiations immediately and not pursue a move for the 24-year-old, especially with his current right-back options in DeAndre Yedlin and Javier Manquillo.

When comparing Krafth to the American international Yedlin via WhoScored, it is clear to see that a move for the Swedish defender would be unnecessary. 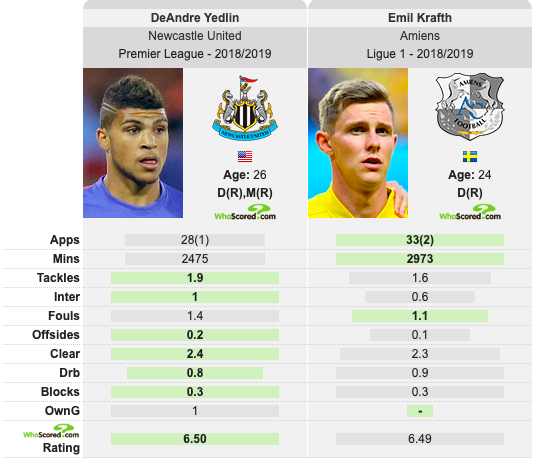 Yedlin performed better in almost every defensive department, and the only place Krafth was statistically better was that he averaged fewer fouls committed. The American averaged more tackles, interceptions, clearances, and blocks than the Amien man – proving his worth when in defence. 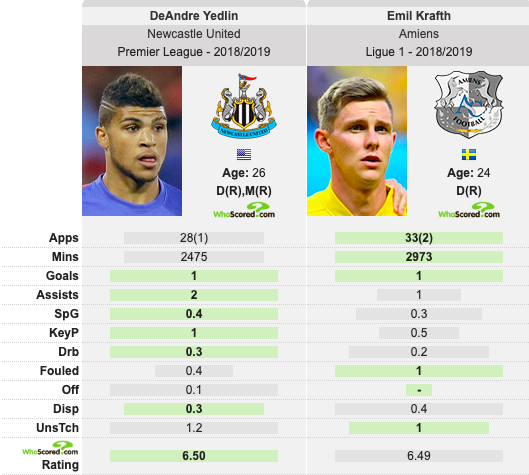 Yedlin underwent surgery in May and missed the end of the Premier League, and should he return at the beginning of the next campaign, Krafth would surely not be needed.

Newcastle must end their pursuit of the Amiens defender, with much better options already at the club for next season.