This summer has been one of hair-pulling and nail-biting for the beleaguered Newcastle United supporters, and that is now extending into the transfer market.

That’s because the Magpies are now being linked with some completely nonsensical signings, despite the fact they currently don’t even have a manager.

The most confusing of reports on Newcastle’s potential transfer business comes courtesy of the Shields Gazette, who claim that the north east giants are competing with Championship side Blackburn Rovers for the £6million signing of Crystal Palace centre back Scott Dann.

The Magpies simply don’t need a new centre back, they are incredibly well stocked at the position. Currently at the club there are Fabian Schar, Jamaal Lascelles, Florian Lejeune, Federico Fernandez, Paul Dummett and Ciaran Clark who can all operate at the heart of the defence.

When you consider how Dann performed in the Premier League last term compared to Newcastle’s first choice centre half trio of Schar, Lascelles and Lejeune, it shows why this is a move that should be put on the back-burner.

As per WhoScored, the Englishman leads the Magpies men in only two major defensive statistical categories, committing the fewest fouls and performing the most blocks per game last season.

However, in all the other categories he lags behind. Lascelles is fairly dominant, while Schar has the edge in tackles and interceptions per game.

The other thing that gives this rumour a sense of ‘what’s the point?’, is Dann’s age. He is 32-years-old and likely past his best, so it’s very difficult to see Mike Ashley paying £6million for him.

No, this is something that must be pushed to the back of Newcastle’s transfer targets list. He’s been a fine Premier League defender in the past, but not any more. 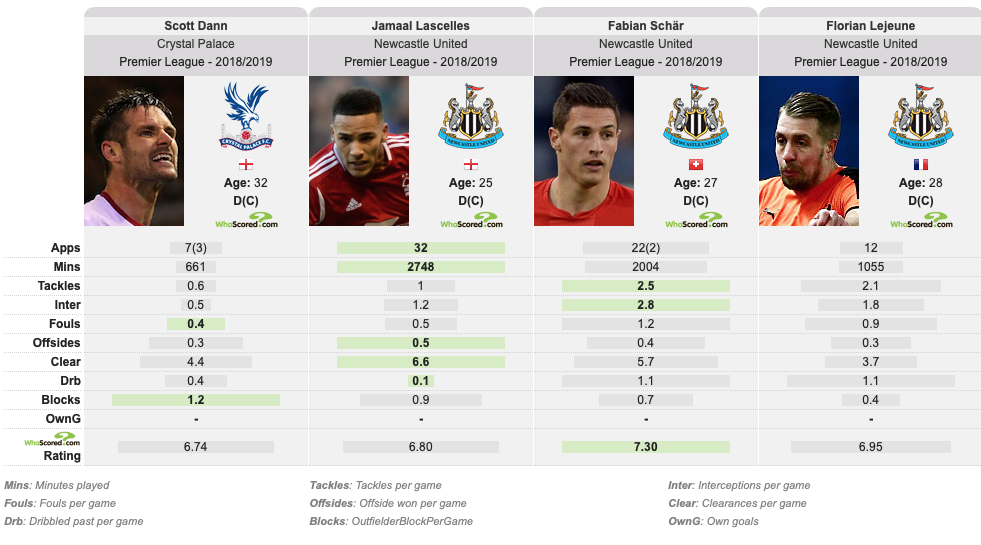