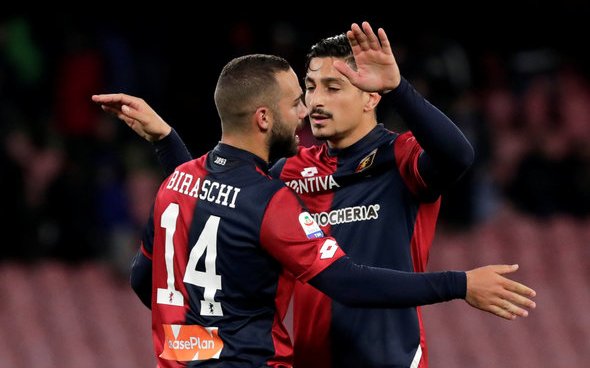 If there’s one outfield position where Newcastle United could be considered to be pretty well stocked, it’s the centre of the defence.

It’s absolutely baffling, then, to see them being linked with Genoa centre half Davide Biraschi. Italian outlet Calcio Mercato reported on Friday that the Magpies, along with Everton, are interested in signing the 25-year-old.

Now, Biraschi can also play at right back, and if that’s what he’s being targeted to do then that makes sense given the struggles of DeAndre Yedlin and Javier Manquillo at St James’ Park last term.

However, he is much more of a natural centre back, so it’s unlikely that anyone would sign him primarily as a full back. Working under that assumption, then, it begins to become clear that this is a move that would represent a big waste of money for Newcastle.

You never know how much dough the Magpies are going to spend within owner Mike Ashley’s penny-pinching system, and so you definitely don’t want to sacrifice what little cash you do get.

When you compare Biraschi’s performances in Serie A last season to those of Newcastle’s first choice centre back trio in the Premier League, it makes for intensely dispiriting reading.

As per WhoScored, the Italian fails to lead Jamaal Lascelles, Fabian Schar or Florian Lejeune in any major defensive statistical category, other than time spent on the pitch.

When it comes to tackles, interceptions and clearances per game, he never once tops the list. But yet the Magpies are thinking of bringing him to the north east, presumably to play ahead of one these three men? That just makes no sense.

Instead, the club should pump the brakes on this reported move. If Ashley really wants to splash the cash all of a sudden, then there are far better uses than Biraschi. 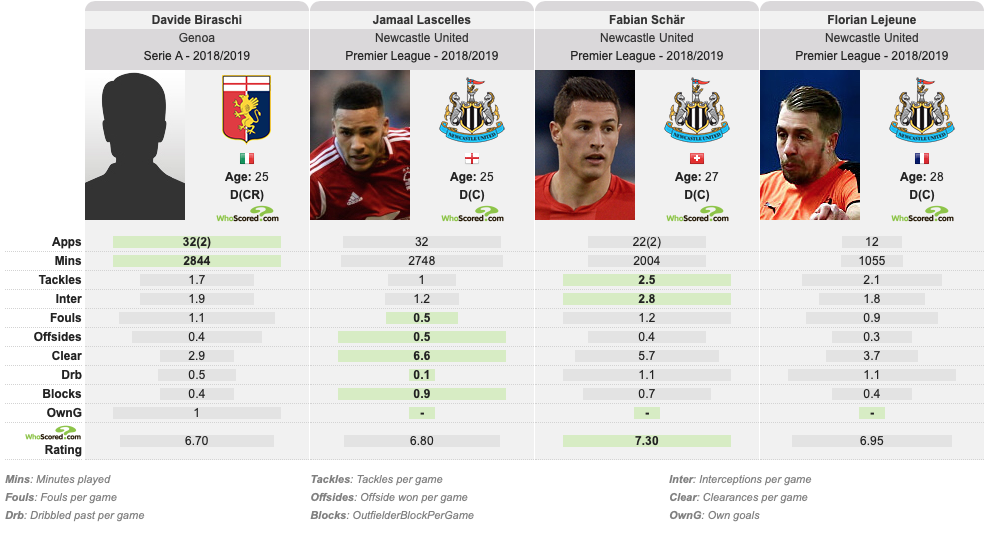