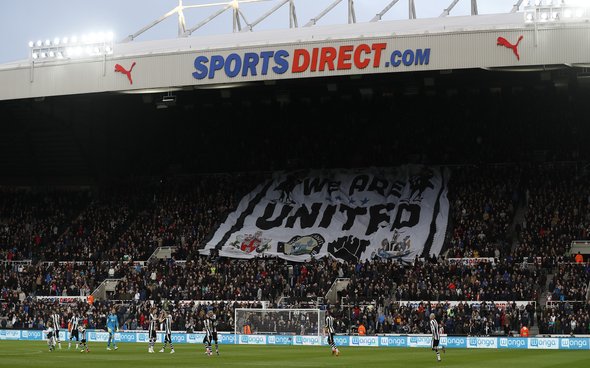 Former Chelsea midfielder Kyle Scott is set to undergo a medical and a complete a move Newcastle United within 48 hours, according to Football Insider.

The reputable football outlet claim that the Magpies are set to make their first summer signing, after agreeing to a deal with the 21-year-old, who recently became a free agent.

Football Insider report that Scott is poised to sign a three-year-deal at the club, with the signing set to be confirmed in the next 48 hours at St James’ Park.

Scott can play in either holding or attacking midfield areas, with Newcastle believing the former Chelsea man can make a big impact in the North East in the coming years.

It comes as a surprise that Newcastle are set to make a signing despite still not confirming who their new manager will be after the departure of Rafael Benitez. Having said this, Football Insider does claim that whoever the new boss will be at St James’ Park, will not hold an opinion on this particular deal. At 21-years-old, Scott obviously holds great potential having come through the ranks at Stamford Bridge. It isn’t the big-name signing that many of the Magpies’ faithful will most likely have hoped for, but just for their club to make a signing is something they most likely didn’t expect to see this summer. Scott was a mainstay for Chelsea’s under-23’s side in the Premier League 2 last season, making 36 appearances – scoring two and assisting a further six goals. It is difficult to make a case for the youngster to start in the Magpies’ midfield, with the hope that this signing is surely the first of many this summer.