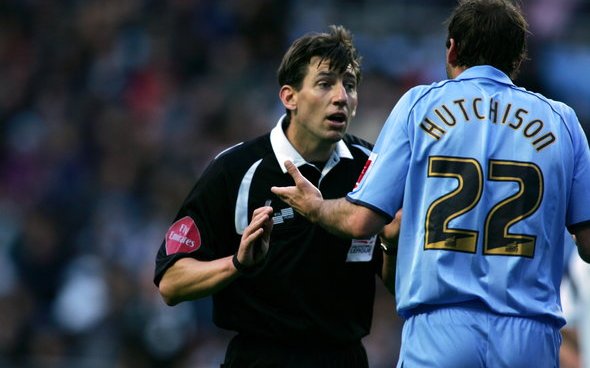 Look, it’s safe to say that Newcastle United haven’t been the most professionally-run club in the Mike Ashley era on Tyneside.

However, the Toon Army will always be defensive of their team when other people come out and attack it, that’s just the way it is when you’re a supporter.

The Magpies faithful will surely be raging, then, after BBC pundit Don Hutchison pulled no punches in his comment on the team on Wednesday.

“No point mate joke of a club!,” Hutchison replied on his official Twitter account after another user asked why he didn’t mention Newcastle in a previous tweet where he assessed which Premier League sides most needed a strong finish to the transfer window.

Again, Ashley’s Newcastle would never be held up as an example of professionalism, but to call the Magpies a ‘joke’ is still pretty harsh, They are a functioning Premier League club, after all.

However, at the same time, part of you can’t help but see Hutchison’s point a bit. He is Gateshead born and bred, so it’s safe to assume that he is a Newcastle fan or has been at some point during his life. He’s probably hurting watching what Ashley is doing to the club he loves.

There’s no manager in place at St James’ Park; Neil Redfearn and Ben Dawson are taking charge of first team duties at the moment, which is not the sort of states of affairs befitting a club as big as the north east giants.

So while Hutchison may in fact have a point in being angry with what is going on at Newcastle, that doesn’t change the fact that the supporters won’t appreciate him disrespecting their team. 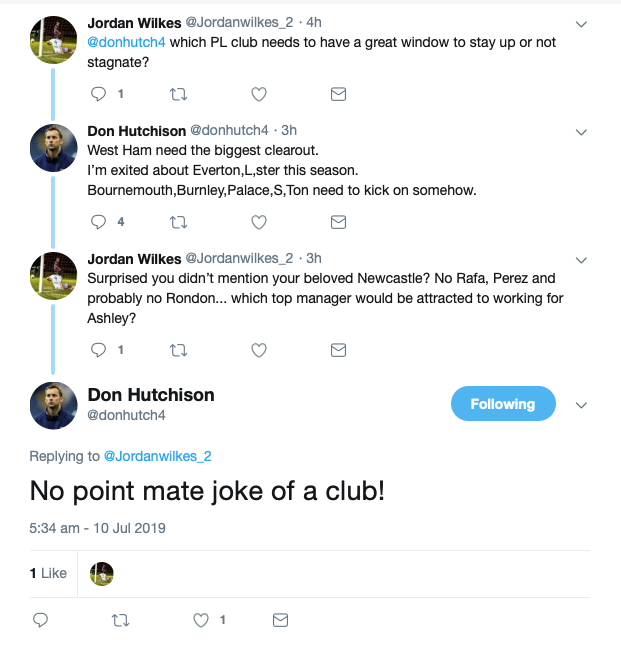