After losing their two top-scorers in Ayoze Perez and Salomon Rondon, Newcastle desperately needed forward reinforcements. Joelinton’s arrival at St James’ Park doesn’t seem enough for Steve Bruce, with Sky Sports reporting that the Magpies were set to rival Aston Villa for Liverpool winger Harry Wilson. The 22-year-old winger enjoyed a great season on loan at Derby County last season, guiding them to the play-off final as their top scorer in the league with 16 goals. Sky Sports journalist Keith Downie reported on his personal Twitter account on Tuesday afternoon, that Newcastle were not likely to make a move for Wilson because it isn’t available on loan, and although Bruce is keen, a move is unlikely. That fee would be a big figure to pay for an untested player in the Premier League, with Newcastle surely having made the right decision in not pursuing a £20million deal. Many Newcastle fans took to Twitter to react to the news, with indecision surrounding the update. Some believed that the Magpies should just pay the money and confirm a deal, whereas the other half were happy, suggesting that Wilson is overrated and not worth the reported £20million valuation. 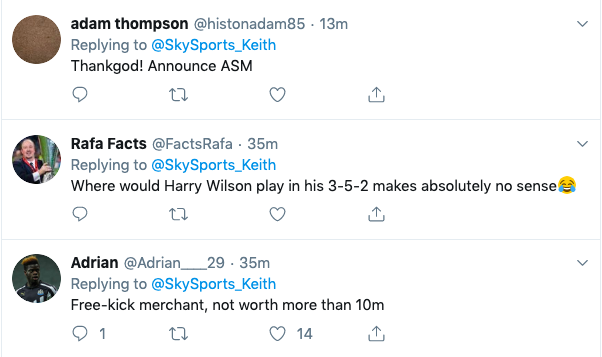 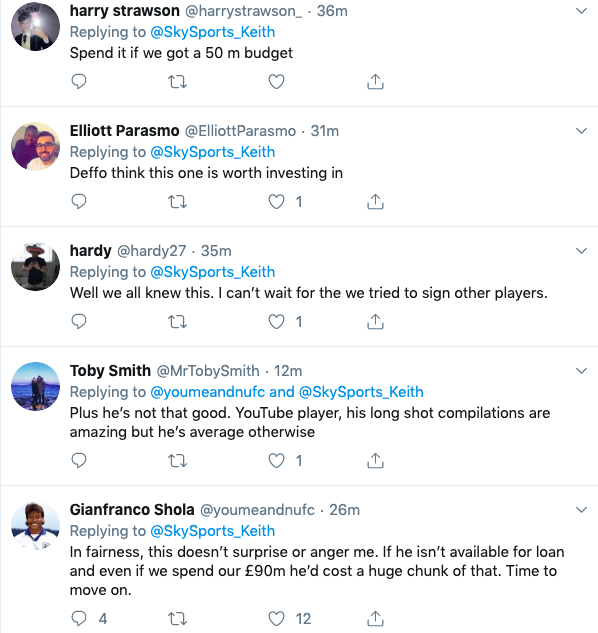 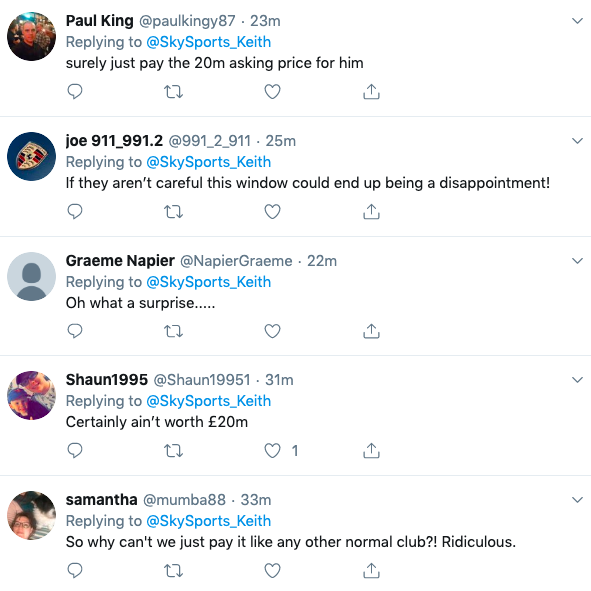