After the rollercoaster month that has unfolded at Newcastle United, nothing is surely set in stone as they prepare for another Premier League season. The situation is no longer clear for anyone involved at the club, from the staff all the way to the players. A week after the departure of Rafael Benitez, it is not clear who will take over, with the squad returning for pre-season training to no permanent manager in place. A report from the Chronicle on Saturday suggested that the Magpies have told players such as Achraf Lazaar, Dwight Gayle, Rolando Aarons, Rob Elliot, and Jack Colback that they have a clean slate this summer. The majority of these players spent last season away from the club, with many expecting these fringe players to be sold. The inclusion of a player such as Lazaar surely makes you scratch your head, with the Moroccan international having failed to make a single Premier League appearance since he joined the club in 2016. Many Newcastle fans took to Twitter to display their frustration at the news, with a number of those claiming that these players will be new signings at St James’ Park. One fan even went as far as to say, “The state of that list, Championship all over again.” 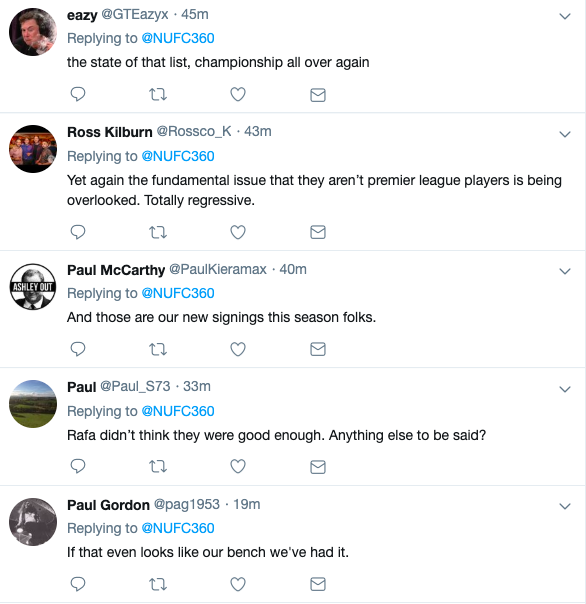 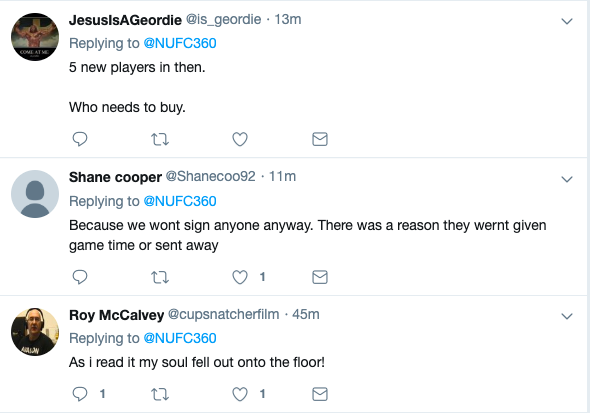 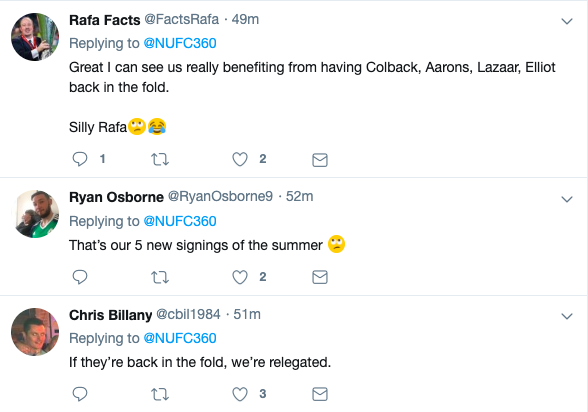