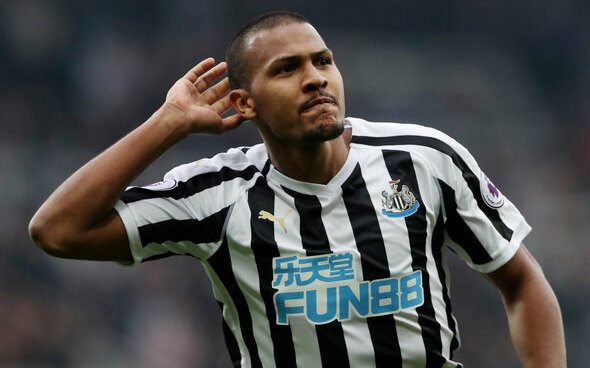 No Newcastle United fan fully expected Salomon Rondon to return to St James’ Park this summer, especially after Rafa Benitez, but it still hurts for some who have now seen that the striker’s permanent move to China has been confirmed. West Brom announced on Friday that Rondon, 29, has joined Dalian Yifeng in China, where he will reunite with Benitez, the manager who got the best out of him in English football. Rondon took to his personal Twitter account to thank the Toon Army for their support during his season-long loan at St James’ Park last season, and that has clearly struck a chord among many Newcastle fans on social media. They are gutted to see him head elsewhere and Dalian Yifeng, at this rate, might have more followers from Tyneside from now on than Steve Bruce’s men will. Hopefully Rondon can continue his good form in China. Based on the strength of that league and how well he did last term under Benitez, he should be able to smash it and bag plenty of goals

Heartbreaking that we’ve been deprived of this by Mike Ashley. pic.twitter.com/BQEopXa82F

Thanks for your effort at nufc, shame we won’t see you in the famous black and white again good look pic.twitter.com/z6R4y6Fntj

You should be back at #NUFC with #Rafa! What a travesty. Our owner is a disgrace.

Good luck Salomon. Sad you aren't coming back to @NUFC