With many aspects still very much in the air surrounding Newcastle United, the squad arrived in China on Sunday with not much emotion sketched on their faces. It is approaching more than two weeks since the departure of Rafael Benitez, with Neil Redfearn and Ben Dawson still taking charge of the senior squad in pre-season, something that is not good enough and a fact that will only hamper the Magpies at the start of the season. A new potential manager is likely to come in and start afresh, meaning everything that has been worked on recently will be for nothing. It would be no surprise if Newcastle were to unravelled and dispatched quite easily in fixtures against the likes of Manchester City – who could toy around with the Magpies should they wish too. The Magpies posted an update on their official Twitter account, showing their squad stepping off the plane. Chinese fans greeted the squad with smiles and happiness, something that fans in Newcastle can be forgiven for not doing the same. Many Newcastle fans reacted to the update, slamming their club and claiming all they can expect is relegation should that squad be the one that takes to St James’ Park against Arsenal on the opening day in August. 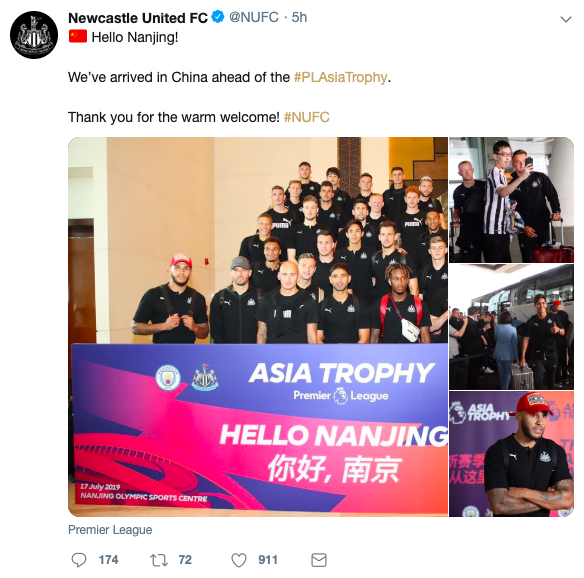 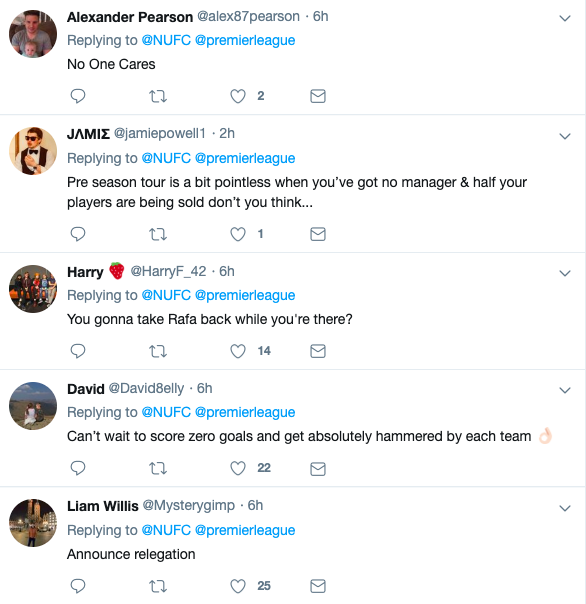 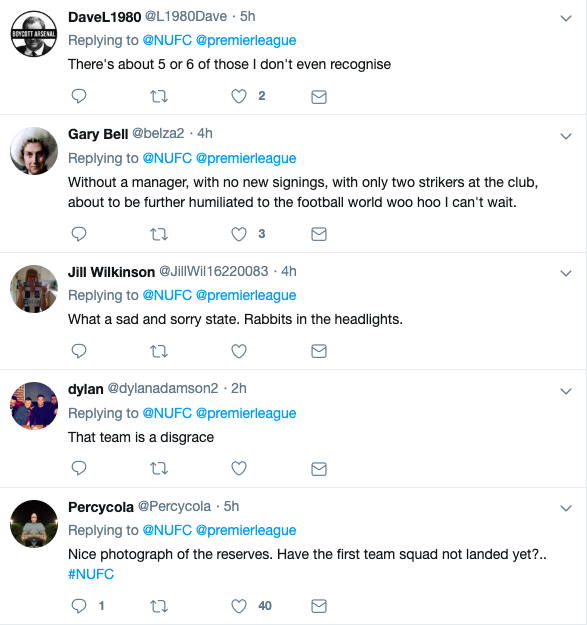 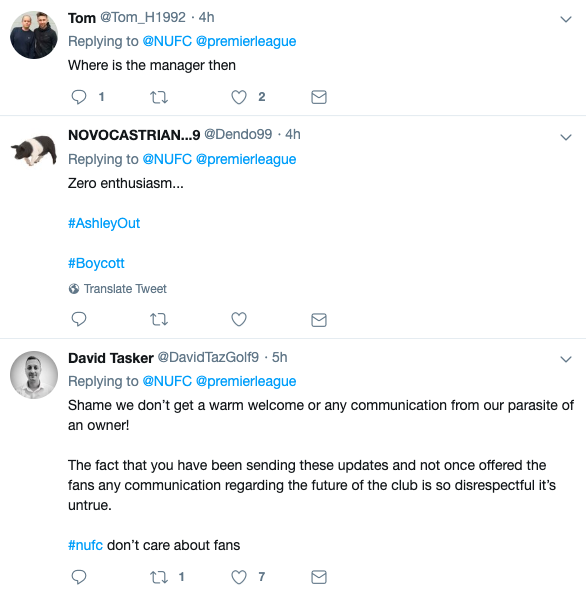