There isn’t much light at the end of the tunnel for Newcastle United fans at the moment. The departure of Rafael Benitez has been made even worse with the fact that Leicester have reportedly had a £30million offer accepted for their top-scorer Ayoze Perez. The constant stream of bad news has also been matched by silence from the Bin Zayed Group ahead of their proposed takeover of the club. Instead of a statement regarding the ongoing crisis at the club, Newcastle decided to release details on how to get tickets for their friendly trip to Hibernian on their official Twitter account. At first, it was reported that away fans will have needed 20 away points to get tickets, with Wednesday’s update suggesting they will now only need half of that total. This was definitely not needed right now, with fans surely expecting some clarity in the coming days. They reacted to the news on Twitter with a certain amount of anger, with one saying: “Why don’t you just make it zero points? We are not going.” 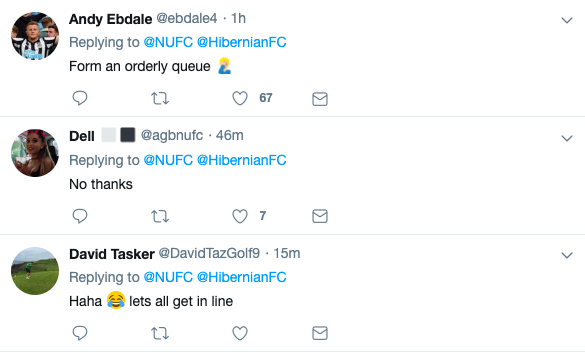 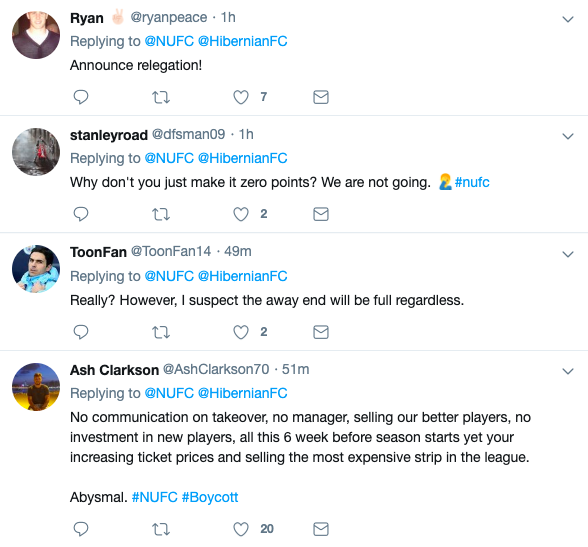 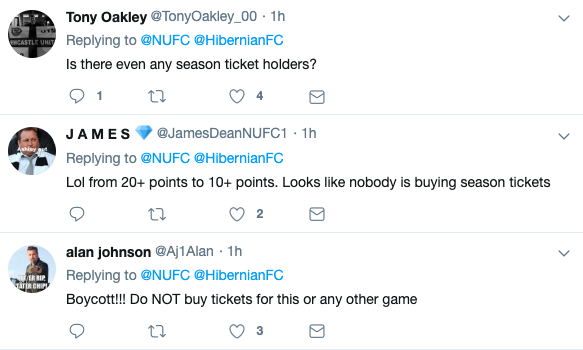