Newcastle United have unveiled their new third kit for the upcoming season and there are a lot of fans on Twitter who are saying pretty much the same thing – it looks like a Wolves kit. It’s Orange and has a dark coloured trim, so naturally it’s the kind of the kit that you would expect to see Nuno Espirito Santo’s men playing in next term. Looking like Wolves doesn’t mean that Newcastle will play like Wolves though, which is a shame considering how well Nuno has done at Molineux thanks to Chinese owners Fosun and super-agent Jorge Mendes. Newcastle fans would love to have owners like Fosun, which is probably why a lot of people won’t be buying this new kit. Many fans are boycotting spending any money on tickets of merchandise until Mike Ashley is gone. Who can blame them? This summer has to be one of the worst of his reign and unless some good players are signed soon, the Magpies will be back in the Championship for the third time in Ashley’s time at St James’ Park. 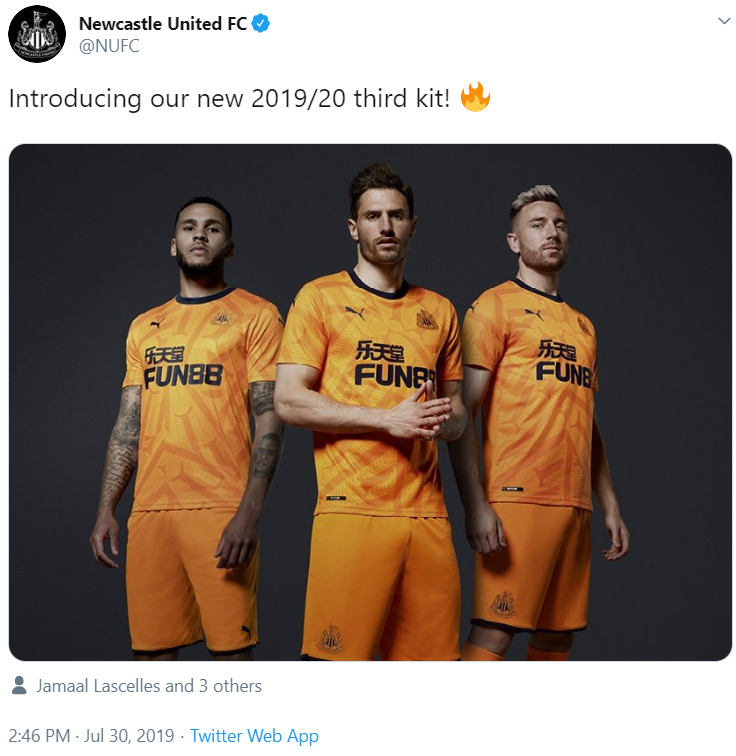