After the confirmed departure of Rafael Benitez at the end of June, it has become no clearer who will take over at Newcastle United at the beginning of next season. Many names have been thrown into the hat including Patrick Vieira and Mikel Arteta, with both of their current clubs reportedly not ready to entertain any offers. The Sun reported on Tuesday evening that Mike Ashley wants a manager who has experience of the Premier League, whether that be playing or managing in the competition and is readying an offer for Belgium head coach Roberto Martinez. The Spaniard would be a smart addition at St James’ Park, having won the FA Cup at Wigan on a similar type of budget. He also guided Everton to fifth in the Premier League – something the Magpies surely have their eye on achieving in the coming years. Martinez’ previous work highlights his ability to take over a club and slowly build them into a driving force, something which Newcastle United will be crying out for – especially if an expected summer exodus of sales happen in the North East. Many Newcastle fans reacted to the links on Twitter, with a large group of them rubbishing the rumours with the Belgian boss. One fan even labelled the links as “pathetic”.

NothingButNewcastle picked out the best responses below; 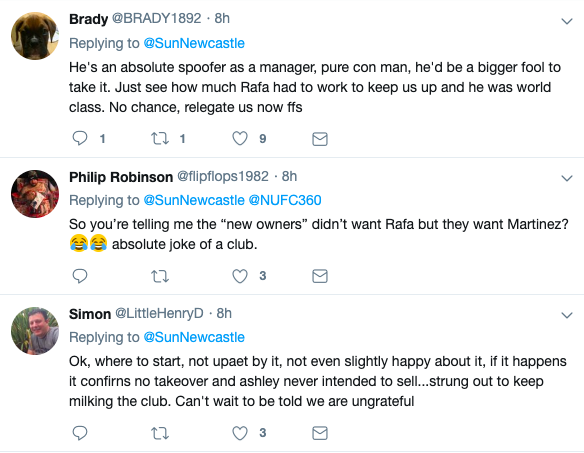 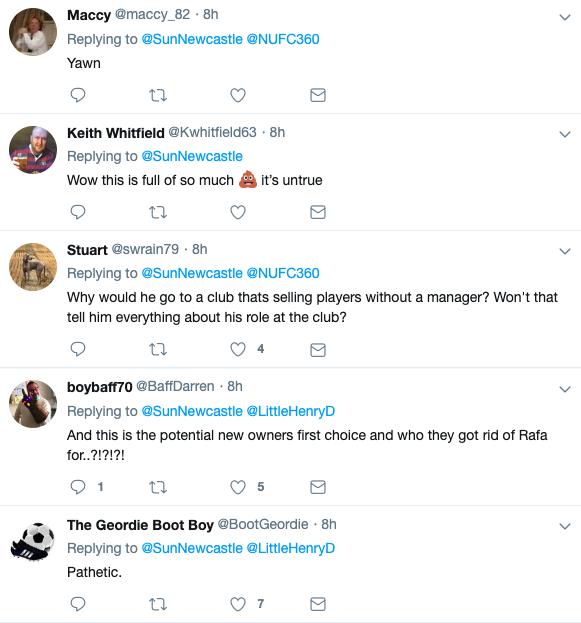 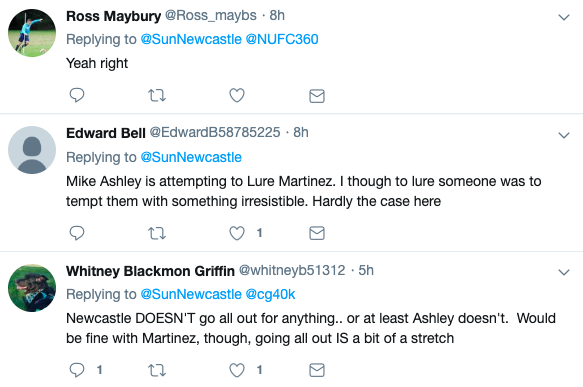