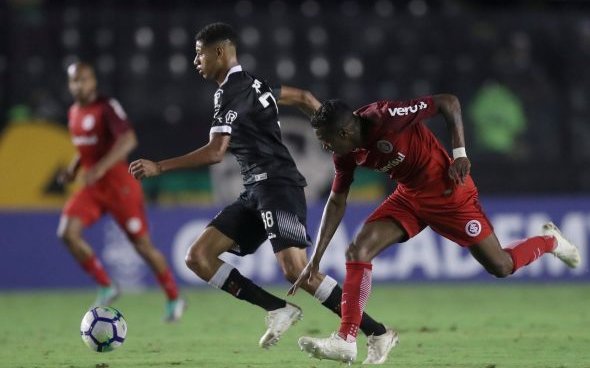 Now that Newcastle United have started their transfer business with the club-record purchase of former Hoffenheim forward Joelinton, many Magpies’ fans will be hoping that kickstarts further transfer business. The Chronicle has reported recently that another forward could be through the door at St James’ Park as early as before Saturday’s pre-season fixture with Preston. That striker could be Vasco De Gama forward Marrony, with Globo Esporte reporting that Steve Nickson had personally scouted the striker. The 20-year-old is reported to have a £30million release clause and has impressed Nickson during his time in Brazil. Marrony has only scored a single goal in 22 appearances according to Transfermarkt and would require a massive fee for a relatively untested young talent. Despite his record, many Newcastle fans took to Twitter to express their joy over the links, with one saying he would love it to happen, and another saying Marrony is an “absolutely outstanding talent,” with the Magpies faithful clearly excited at the prospect of having Marrony linking up with fellow Brazilian Joelinton next season.