Before the arrival of Steve Bruce, Newcastle United were the only club not to have made a signing in the Premier League. A point that is made even worse when you consider that after the departure of Rafael Benitez, the Magpies were in desperate need of reinforcements. The club-record signing of Joelinton has been followed by the double signing of keeper Jake Turner and midfielder Kyle Scott. Both might struggle for consistent first-team minutes next season, but hold great potential for the future. Former Bolton player Turner was reported by the Bolton News to once have attracted interest from both Manchester United and Everton before injury halted his progress. Scott, on the other hand, came through the ranks at Chelsea and has youth international experience with both England and the USA. Newcastle announced the double signing on their official Twitter account on Monday morning, which sparked many Magpies fans to react with dismay, claiming that the moves are comical, and led to them calling for signings that can actually affect the first-team next season. 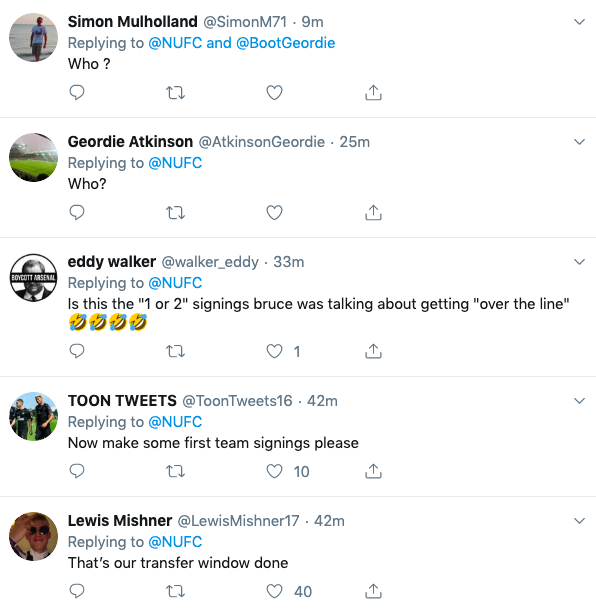 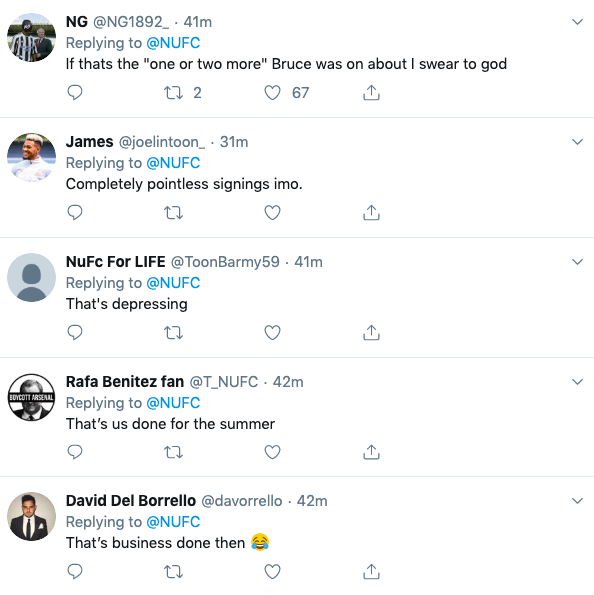