The Chronicle issued a report on Wednesday claiming that Newcastle United have been offered the chance to sign Southampton striker Charlie Austin and that the Englishman is on a shortlist of transfer targets being discussed by boss Steve Bruce and managing director Lee Charnley as we speak. Look, Austin isn’t a top class frontman anymore and hasn’t been for a few years now. His time at St Mary’s Stadium hasn’t gone quite how anyone expected, and he has largely failed to take his goalscoring form from Queens Park Rangers with him to the south coast. However, he is thought to be available for a cut-price fee because of the limited time left on his Saints contract and due to a huge falling out with manager Ralph Hasenhuttl. The link has produced a mixed response from the Newcastle supporters, with some keen to bring his goals to St James’ Park, and calling the signing a ‘no brainer’. Others, though, view him as injury prone, past his best, and as someone who rejected a move to Tyneside in the past. Clearly, then, if the Magpies were to bring Austin in, it would be a divisive move, to say the least. 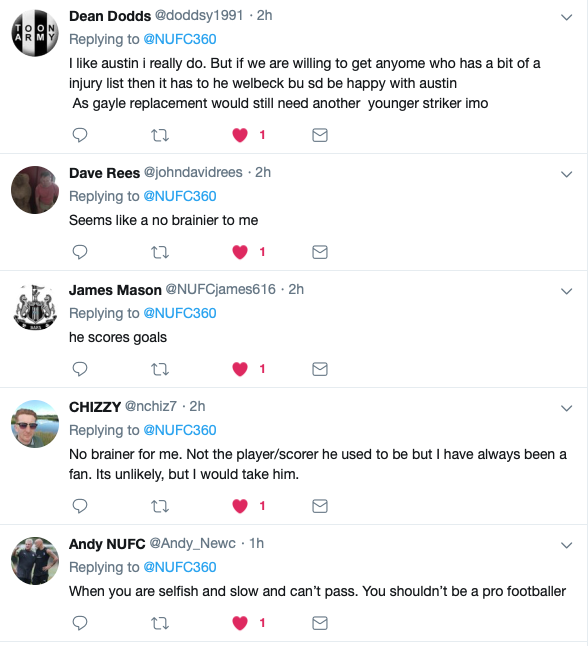