Former Newcastle United manager Rafael Benitez released a statement on his personal Twitter account on Monday, thanking the Magpies fans for their support throughout his time in charge and revealing the reasons for his departure. The key takeaway from Benitez’s statement is that he wanted to be part of an ambitious project at St James’ Park, but that his vision for the team wasn’t reciprocated by those at the top of the club. By that, of course, he means owner Mike Ashley. Understandably, the Newcastle supporters have reacted rather emotionally to Benitez’s statement, many urging him to return to the club at some point in the future and thanking him for all the work he did during his time in charge. It still hasn’t quite sunk in that Ashley has allowed a truly world class manager to leave the club, especially one who evidently enjoyed his time on Tyneside as much as Rafa. However, that is the reality we are now facing.

Nothing but Newcastle have rounded up some of the best tweets below. 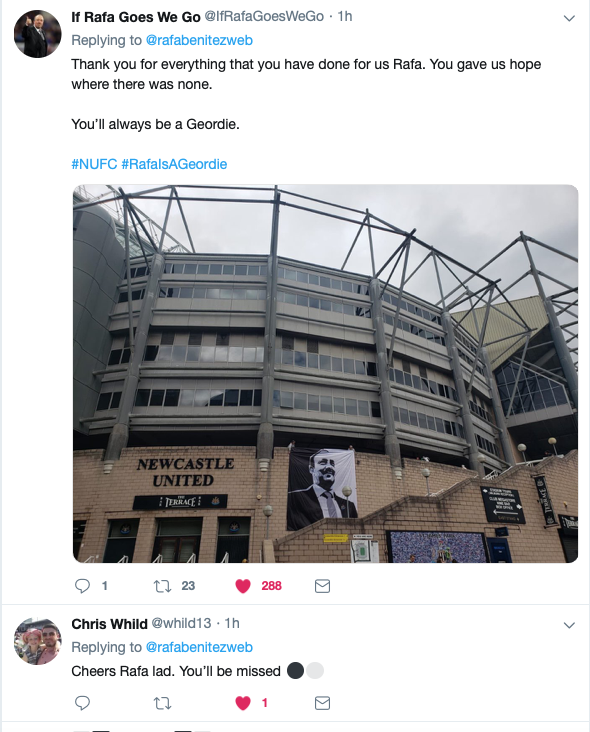