Things seem to be going from bad to worse at Newcastle before the season has even started. It was most likely the last thing many expected after Mike Ashley broke the club’s transfer record after 14 years with the signing at Miguel Almiron. Add to that the brilliant finish to the campaign by Rafael Benitez, and things were looking up. Pass forward not even a couple of months and Steve Bruce has been appointed, with many Newcastle fans not happy with the appointment of the former Sunderland boss. Sky Sports recently reported that Ashley could end up giving Bruce more than £90million this summer, with £50million being guaranteed on top of player sales being added to that. Newcastle and Bruce will need to act quick, with the Magpies currently the only side in the Premier League that haven’t added a single signing to their squad ahead of the new season. Many Newcastle fans took to Twitter to respond to the news, with most of them rubbishing the report suggesting that if that was the case then why didn’t Benitez stay at St James’ Park, one said: “Such a Mike Ashley thing to do.” Whereas one simply said: “Not going to happen.” 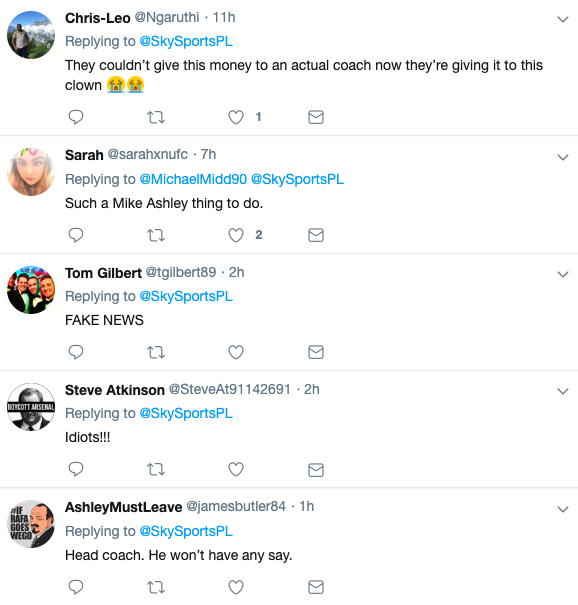 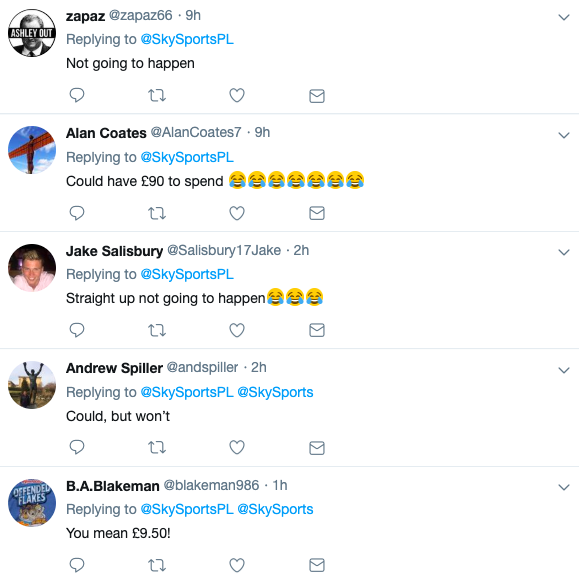 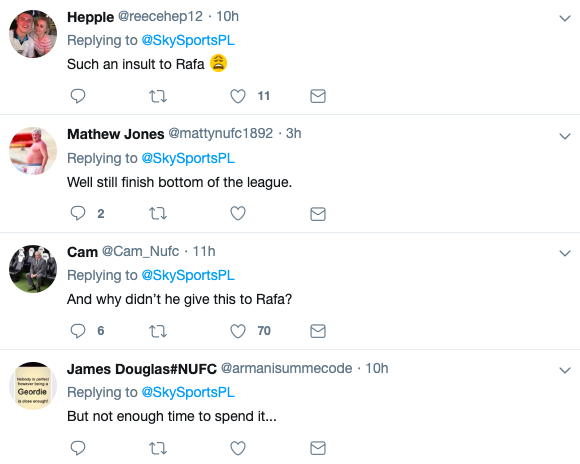