According to the Chronicle, a Newcastle United switch has been mooted for Augsburg left-back Philipp Max this summer as the German has been “push to them”. There are many Newcastle fans who are blown away by the prospect of Max, 25, joining them before the start of next season – and who can blame them? Although the Magpies’ left-back options are stronger than their right-back options, it still wouldn’t hurt to strengthen both full-back roles. Matt Ritchie filled in as the left-sided wing-back under Rafa Benitez for the second half of last season while Paul Dummett is the only natural left-back in the squad – without including fringe player Achraf Lazaar. Max had a good season with Augsburg last time out, scoring four goals and supplying seven assists in 34 appearances across all competitions. He is a very attack-minded left-back who has also captured the attention of Liverpool and Barcelona this summer [Sport]. It is understood that Max is valued at £18million, but that has not stopped these Magpies fans from being excited by this transfer rumour.

Good player. Played in the pre-season friendly at SJP last season from what I remember. Very good crosser and dead ball specialist

Get him signed he’s wicked

We should buy him would be a good signing

If finnbogasson was fit I would be screaming to get him in, this lad is very good though

A much, much better player than Tavernier, and it's our left side which we really need to strengthen at full back. Very good going forward, great crosser of the ball. #NUFC https://t.co/5JuHF4x8jM 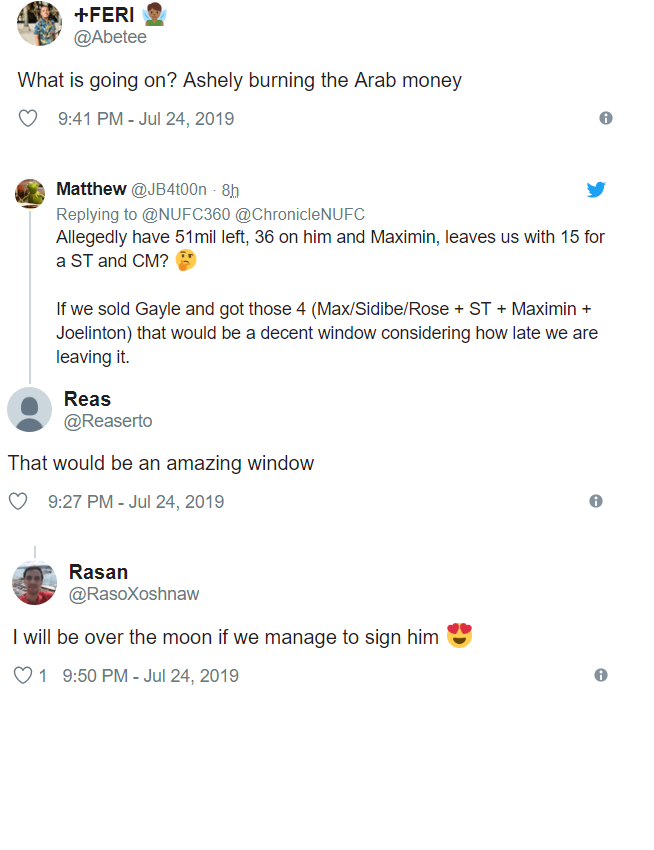